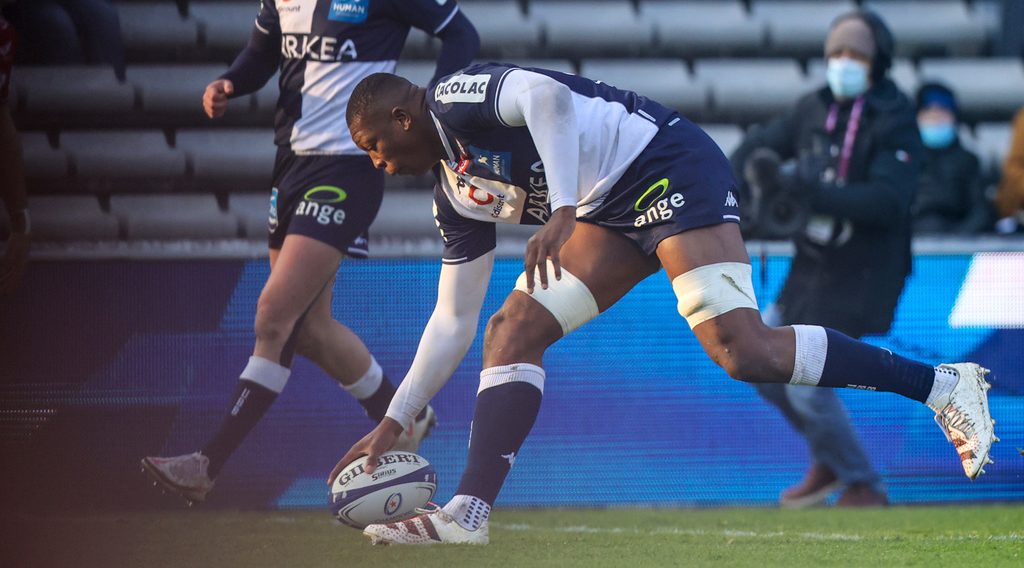 Bordeaux's Cameron Woki scores against Scarlets in Round 3

Union Bordeaux-Bègles forward Cameron Woki is among the nominees for the EPCR European Player of the Year award after two standout performances in the Heineken Champions Cup pool stage, which helped his side reach next month’s Round of 16.

The French international, who is capable of playing as a back-row forward or at lock, was particularly impressive in Bordeaux’s 45-10 home win over Scarlets in Round 3, when he picked up the Champions Try of the Round after finishing off a stunning team move.

And athough Woki ended up on the losing side against Leicester Tigers in Round 1, he was the most progressive ball-carrier among Bordeaux’s forwards in the 16-13 defeat at Stade Chaban-Delmas, gaining 35 metres in an attritional contest.

The 23-year-old also demonstrated his effectiveness at the lineout over the course of the two games as he claimed 10 of his own team’s throws and stole one.

Bordeaux will be hoping Woki can continue his strong form when they take on TOP 14 rivals Stade Rochelais in the last 16.