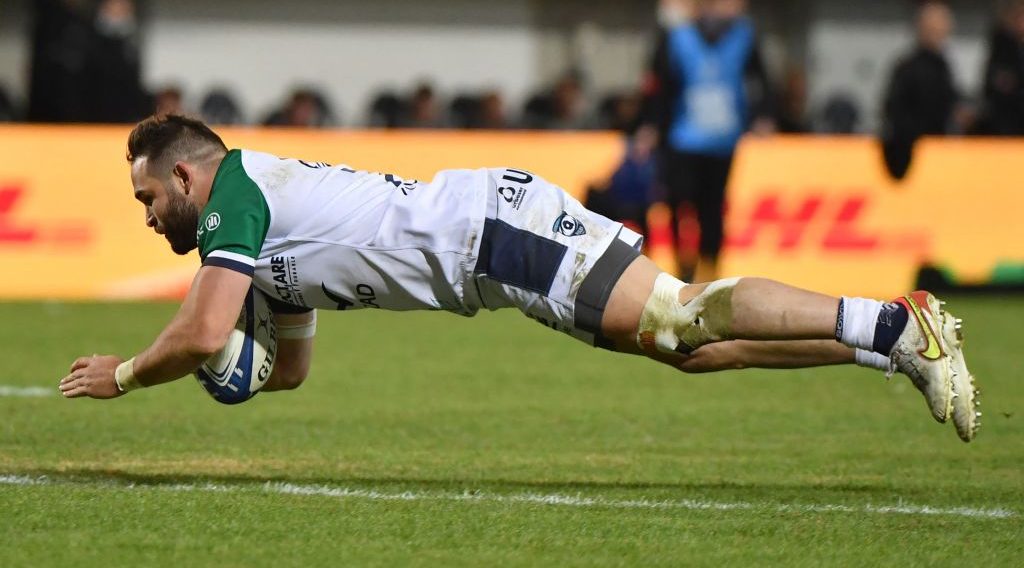 As the Heineken Champions Cup Round of 16 edges closer, we detail each side’s path to the knockout stage, selecting key moments, players and stats.

Montpellier suffered a disappointing 42-6 loss at Exeter Chiefs in the opening round of the pool stage, with the 2020 champions running in five second-half tries.

The TOP 14 side got points on the board after coronavirus issues saw their clash with Leinster Rugby cancelled, but the Irish province would hand them a bruising 89-7 defeat in Round 3 as they travelled to RDS Arena with a depleted squad.

However, Montpellier would pull off a heroic 37-26 win over Exeter at GGL Stadium in Round 4, with Cobus Reinach going over for the crucial bonus point try with just over 10 minutes to play as his side eventually progressed as seventh place finishers in Pool A.

Montpellier came into their final pool stage game needing a single point to secure their progression to the Round of 16, and although Exeter opened the scoring inside five minutes, the hosts replied with three quickfire tries to put themselves within one score of the knockout stage.

Exeter clawed their way back into the game, however, and Montpellier’s fate hung in the balance until Reinach intercepted and ran the length of the pitch to dive over for the crucial bonus point try.

Is there a better thing to watch than forwards kicking?

Check out of some of the best from the #HeinekenChampionsCup pool stages 🔥 pic.twitter.com/JGPCG6lYvM

Montpellier were forced into several personnel changes across their three games, meaning few players had the opportunity to stand out.

However, back-row forward Zach Mercer put in a superb display when called up to start in the huge Round 4 clash against Exeter.

The former Bath Rugby man, who came off the bench in the latter stages of the defeat to Chiefs in Round 1, was a constant attacking threat in the pool stage finale, making 20 carries – more than any other player in the round – gaining 107 metres and completing three offloads.

Montpellier play Harlequins over two legs, welcoming the Gallagher Premiership side to GGL Stadium on April 10 before heading to Twickenham Stoop on April 16.

Quins finished second in Pool B after picking up four wins in their four games.