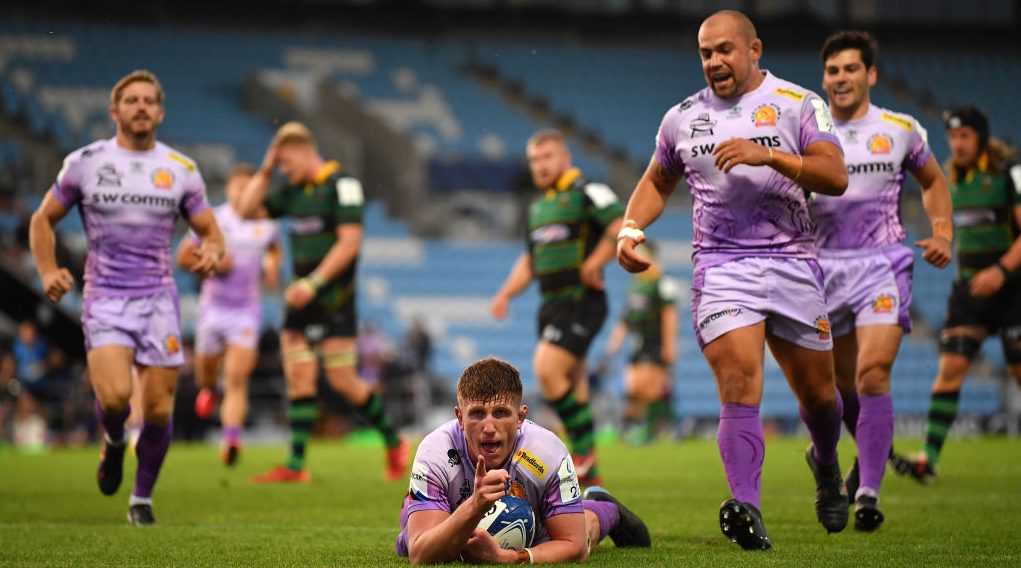 With the Heineken Champions Cup Round of 16 just over a month away, Exeter Chiefs flanker Jacques Vermeulen made a timely two-try return for the 2020 champions in their 19-12 home Gallagher Premiership win over Sale Sharks on Sunday.

The 27-year-old South African, a key member of that 2020 side, marked his first appearance of the season for Exeter – after twice undergoing hamstring surgery – with scores in the 15th and 37th minutes.

Olly Woodburn also touched down for the Chiefs, who face Munster Rugby in the last 16 next month, while Joe Simmonds kicked two conversions as Exeter opened up a 19-0 lead.

For Sale, who take on Bristol Bears in the Round of 16, Ewan Ashman launched their fightback with a 51st minute try and they grabbed a losing bonus point thanks to Curtis Langdon’s late score.

The Parisians, who play Racing 92 in the Round of 16, owed their dramatic home win to tries from Waisea Nayacalevu and Kylan Hamdaoui, plus 13 points from the boot of Joris Segonds, with Hamdaoui’s score coming in the final minute.

Zack Holmes kept Toulouse in touch with three penalties and the conversion of Guillaume Cramont’s 36th minute try. They meet Ulster Rugby in the Heineken Champions Cup next month.