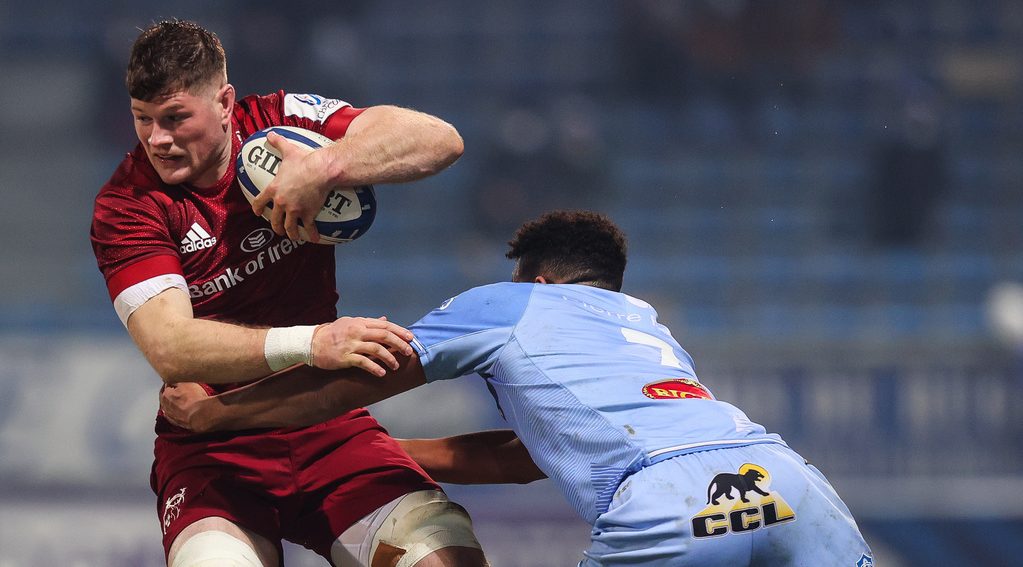 EPCR European Player of the Year nominee Jack O’Donoghue dotted down twice as Munster Rugby ran in nine tries to thrash Dragons 64-3 in the United Rugby Championship on Saturday.

Back-row forward O’Donoghue, who is up for the individual accolade after steering Munster to the Heineken Champions Cup Round of 16 where they face Exeter Chiefs, went over in either half at Thomond Park.

Elsewhere Leinster Rugby, who play Connacht Rugby in the Heineken Champions Cup Round of 16, returned to the top of the United Ruby Championship with a nine-try demolition of Benetton Rugby.

In the Gallagher Premiership on Saturday, two Heineken Champions Cup Round of 16 sides fell to defeats away from home.

Bristol Bears, who are up against Sale Sharks, went down 29-27 at Bath Rugby. Tries from Harry Thacker (2) and Ratu Naulago saw Bristol race into an early lead, but a lack of discipline saw them squander their advantage. Bears fly-half Callum Sheedy tallied 12 points from the tee.

In the TOP 14, there were mixed results for the teams set to feature in the Heineken Champions Cup Round of 16, with two sides picking up victories and three falling to defeats.

Stade Rochelais, whose European campaign sees them clash with Union Bordeaux-Bègles, eased to victory over CA Brive at Stade Marcel Deflandre thanks to tries from Levani Botia (2), Dillyn Leyds (2), Will Skelton and Dany Priso. Ihaia West also kicked 11 points for the hosts.

Clermont battled to a 25-16 success against Lyon as Tomas Lavanini, Étienne Fourcade and Jean-Pascal Barraque all crossed at Stade Marcel-Michelin, in addition to 10 points from the boot of Morgan Parra.

Yoan Tanga went over for a consolation try as Racing 92, who play Stade Français Paris, were beaten 34-13 at USAP, while Montpellier Hérault Rugby, who face off against Harlequins, were defeated 25-9 by Castres Olympique.