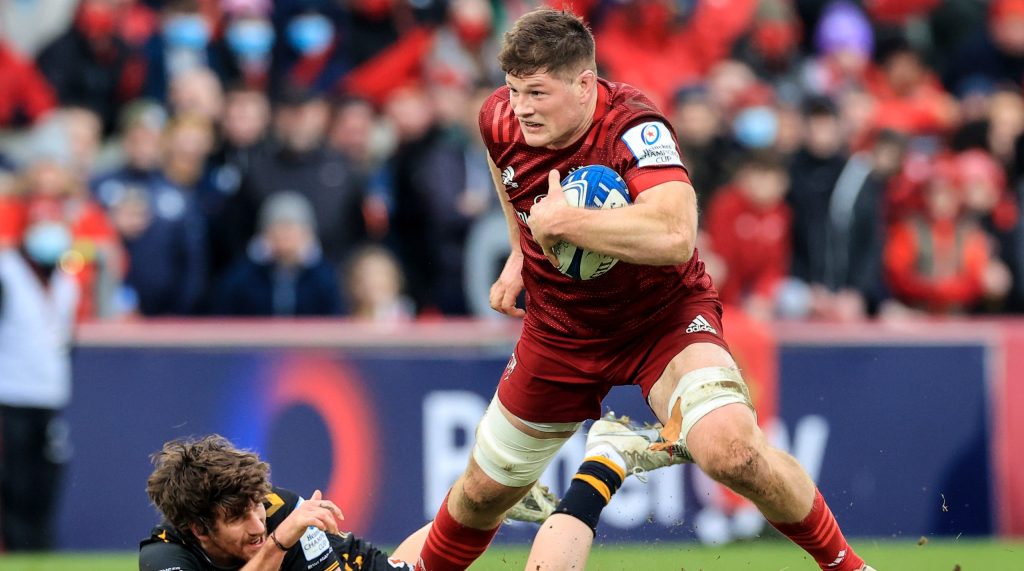 Munster Rugby back-rower Jack O’Donoghue has been in fantastic form during this season’s Heineken Champions Cup, with the 28-year-old’s performances resulting in a nomination for the EPCR European Player of the Year.

Making three appearances in the pool stage, O’Donoghue scored his first ever European try during Munster’s Pool B game against Castres Olympique in Round 2 – dotting down for the Irish province’s only try in a 19-13 win at Thomond Park.

O’Donoghue then crossed for his second Heineken Champions Cup try of the season in an emphatic win over Wasps – as Munster ended the pool stage with a 100% record.

The 45-7 win over the Gallagher Premiership side also saw O’Donoghue reach a personal milestone, as he became the youngest player, at the age of 27, to reach 150 caps for Munster.

The Irishman will now be looking to add to an impressive Heineken Champions Cup campaign when his Munster side face Exeter Chiefs in the last 16 next month and secure a quarter-final place for Johann van Graan’s men.

Local lad tearing it up in Europe 👏