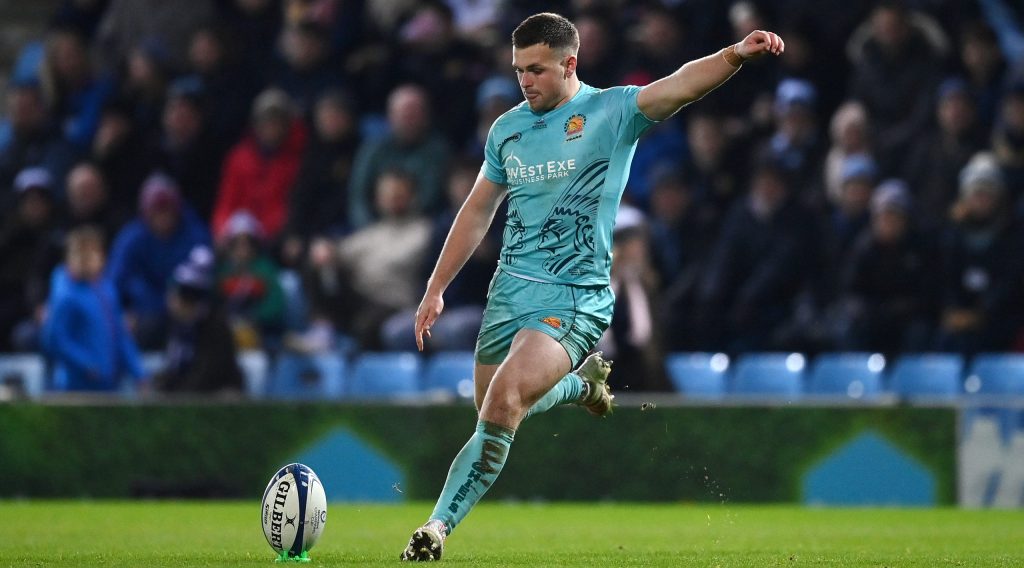 Fly-half Joe Simmonds slotted a last-gasp penalty as Exeter Chiefs overturned an 11-point deficit with 15 minutes remaining to win 34-31 at Northampton Saints in the Gallagher Premiership on Sunday.

Simmonds, who tallied 28 points in the Heineken Champions Cup pool stage as he helped Chiefs set up a Round of 16 clash with Munster Rugby in April, had kicked four conversions and a penalty earlier in the game.

Tries from Josh Hodge and Dave Ewers saw Exeter go into half time with a four-point lead at cinch Stadium at Franklin’s Gardens, but Northampton started the second half strongly and were 28-17 up with a quarter of an hour to play.

However, Jack Yeandle and Olly Woodburn would both cross in a five-minute spell which would see Exeter get their noses back in front.

Saints looked to have snatched a draw with a penalty on 74 minutes, but Simmonds held his nerve to dissect the posts from the tee in the dying seconds.

In the TOP 14 on Sunday, Stade Toulousain edged out league leaders Union Bordeaux-Bègles 12-11 as two sides set to feature in this season’s Heineken Champions Cup Round of 16 went head-to-head at Stade Ernest Wallon.

Zack Holmes kicked four penalties for reigning European champions Toulouse, who take on Ulster Rugby in April, while Jean-Baptiste Dubie dotted down for the visitors, who are up against Stade Rochelais.