Launchbury back for Wasps 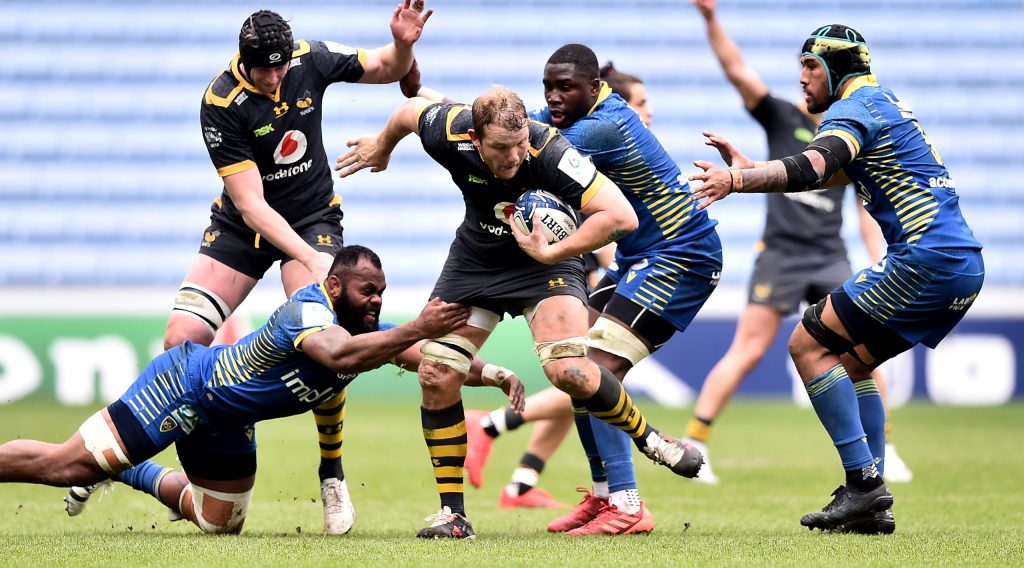 Lock Joe Launchbury has returned from the England camp to start for Wasps at Bristol Bears in the Gallagher Premiership on Friday.

The club captain, who will lead Wasps in the EPCR Challenge Cup Round of 16 in April following their demotion from the Heineken Champions Cup, comes in as one of three changes – all in the pack.

Hooker Gabriel Oghre replaces the injured Tom Cruse and Jack Willis is brought in at openside flanker for his first start of the season, with James Gaskell switching to blindside flanker on his 150th appearance for the club.

Elsewhere, London Irish, who have secured their place in the EPCR Challenge Cup last 16 after two wins from four in Pool C, visit Sale Sharks.

Sit back and enjoy the best tries from R4! #ChallengeCupRugby pic.twitter.com/ppWNHNVEs7

There are six alterations to the side who beat Saracens last weekend, with Chunya Munga and Rob Simmons forming a new-look second row and Tom Pearson and Albert Tuisue brought in at flanker and No.8 respectively. In the backs, centre Terrence Hepetema is called up along with wing Lucio Cinti.

The other Premiership encounter on Friday sees Worcester Warriors, who have completed their EPCR Challenge Cup Pool A fixtures and need favourable results from Round 5 to advance to the knockout stage, host Harlequins.

Noah Heward starts at full-back in his first appearance in almost four months, while centre Seb Atkinson is handed his first league start, Oli Morris partnering him in midfield. Club captain Ted Hill has recovered from a back issue to start at flanker.