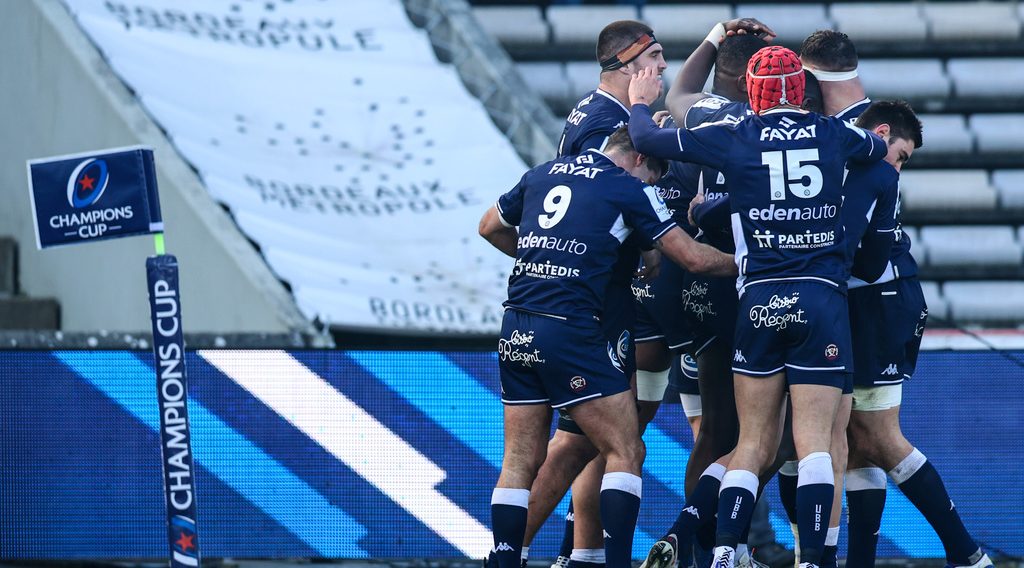 Bordeaux started their Pool B campaign with a narrow defeat, going down 16-13 to Leicester Tigers at Stade Chaban-Delmas after the Gallagher Premiership side’s fly-half, George Ford, kicked a late penalty.

However, last year’s beaten semi-finalists responded in style at home to Scarlets, running out 45-10 winners as teenage full-back Louis Bielle-Biarrey crossed for a hat-trick of tries on his Heineken Champions Cup debut.

The bonus-point victory over Scarlets proved crucial for Bordeaux, whose opening try of the Round 3 game was a signal of their intent – and immense quality.

The hosts produced a breathtaking team move on 20 minutes, shifting the ball through the hands at tremendous pace before flanker Cameron Woki dotted down for a score which would go on to win Champions Try of the Round.

Your Try of the Round winner is, of course, this stunner from @UBBrugby 🔥🔥🔥

The 24-year-old was particularly impressive against Scarlets as he gained 90 metres over 12 carries, set up his side’s sixth try and made 18 tackles.

Bordeaux face last season’s finalists, Stade Rochelais, with their fellow TOP 14 side visiting Stade Cheban-Delmas in the first leg on April 9 before they travel to Stade Marcel Deflandre a week later.