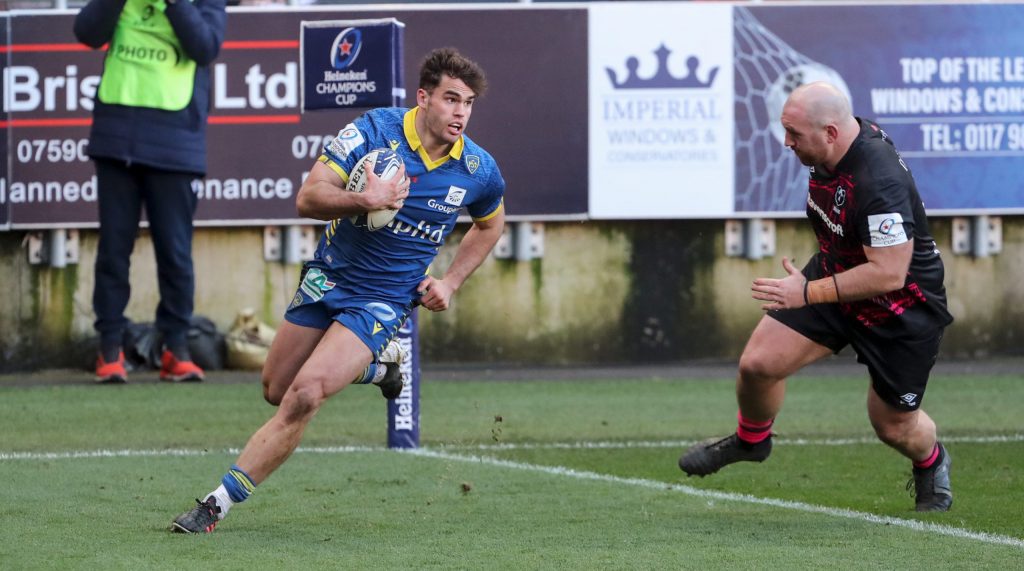 ASM Clermont Auvergne back Damian Penaud has made only two full appearances in this season’s Heineken Champions Cup, but they have been so impressive that he has been nominated for the EPCR European Player of the Year award.

Equally at home on the wing or in the centre, the 25-year-old French international has notched three tries in those two games – a double in the 29-23 Round 1 home loss to Ulster Rugby and a further score in the 25-19 home win over Sale Sharks in Round 3.

Penaud, who also made a substitute appearance in the 34-31 defeat at Ulster in Round 4, has beaten 17 defenders in those three games to lie third in that chart.

His power and speed, allied to his 1.85m height and 92kg weight, make him a difficult player to bring down when in full flight and as a result, he will be a key player in Clermont’s last-16 tie against Leicester Tigers in April.

Is the @ASMOfficiel winger the best in Europe right now? pic.twitter.com/Qr2GvCPKnD