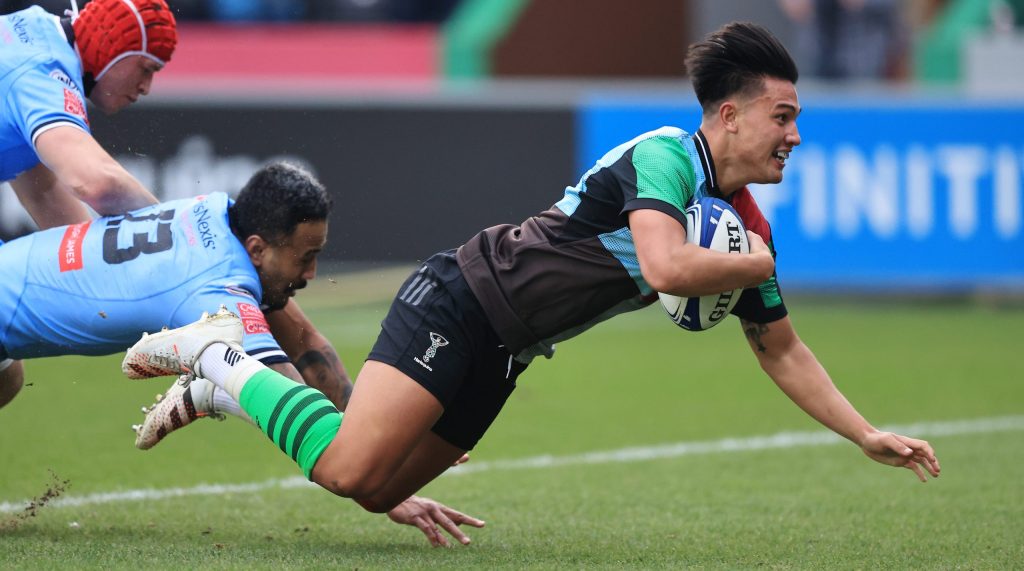 Harlequins fly-half Marcus Smith has produced some breathtaking moments in this season’s Heineken Champions Cup and his electrifying performances have resulted in a nomination for the EPCR European Player of the Year.

The 23-year-old has scored two tries and kicked 36 points so far – which sees him top this season’s Heineken Champions Cup points-scorers list – to help Harlequins win all four of their Pool B games and secure a place in the Round of 16.

In one of Smith’s crowning moments of the pool stage, he darted over for a 75th minute try at Cardiff Rugby before adding the extras and then held his nerve to slot a penalty in added time to hand Quins a dramatic 36-33 victory in Round 3.

The England international has made just 16 Heineken Champions Cup appearances so far in his career, but he is fast establishing himself as one of the leading players in Europe.

Smith will be looking to continue his scintillating form and steer Quins to a quarter-final place when they face Montpellier Hérault Rugby over two legs in April.

The winner of the award which is in its 12th season will receive the Anthony Foley Memorial Trophy in memory of the former Munster Rugby head coach and captain.