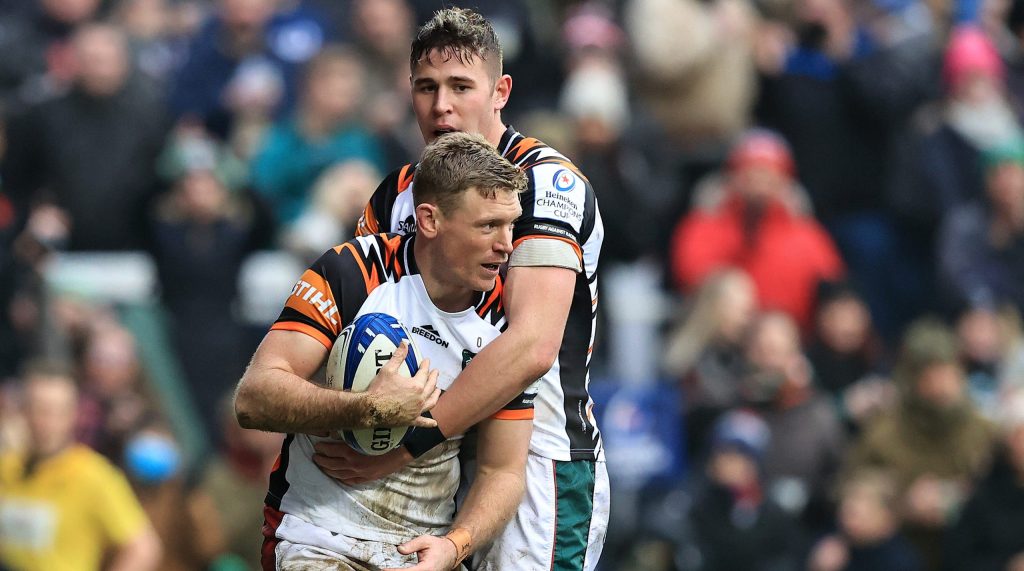 Missing many of their top players who are on Six Nations duty, Leicester defeated East Midlands rivals Northampton Saints 35-20 at Mattioli Woods Welford Road in the Gallagher Premiership, while Leinster cruised to a 26-7 home win over Edinburgh Rugby in the United Rugby Championship.

Nemani Nadolo dotted down twice for Leicester, who face ASM Clermont Auvergne in the last 16, recording both of his tries in the first half, before Julian Montoya and Bryce Hegarty touched down.

Segonds, who has seven points in the Heineken Champions Cup this season, finished the game with eight points, while team-mates Sekou Macalou and Kylan Hamdaoui both crossed for the Parisian visitors, and Nicolás Sanchez kicked nine points.