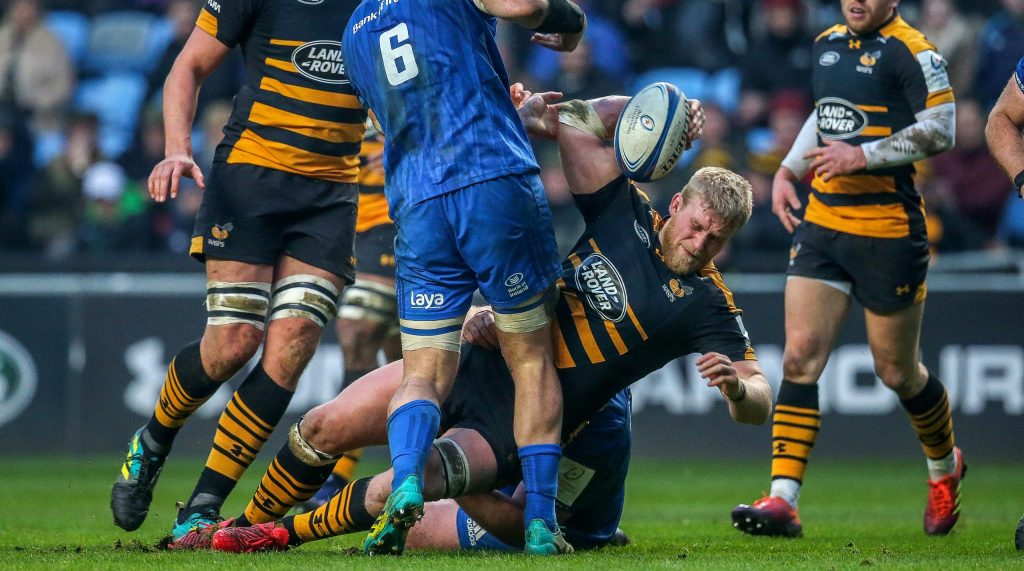 Wasps’ Ben Morris will start at flanker on Saturday

Wasps flanker Ben Morris will make his 50th appearance for the club on Saturday as they host fellow EPCR Challenge Cup side Bath Rugby in the Gallagher Premiership.

Morris will line up at the Coventry Building Society Arena in a back row with the returning James Gaskell and No.8 Brad Shields as Lee Blackett makes six changes to the side who beat Exeter Chiefs last weekend.

Robin Hislop and Gabriel Oghre return to form the front row with Biyi Alo, and in the backs, Rob Miller starts at full-back, with Sam Spink returning to form a midfield partnership with Jimmy Gopperth.

Visitors Bath have recalled Taulupe Faletau to their side following his injury lay-off, with the British & Irish Lion starting at flanker. Prop Valeriy Morozov starts in the front row, with Ewan Richards coming into the second row.

Orlando Bailey forms a halfback partnership with Ben Spencer and Tom Prydie starts in the Bath back three with Will Muir and Semesa Rokoduguni.

Jamal Ford-Robinson comes into the Gloucester front row with Jack Singleton and Fraser Balmain, whereas Jordy Reid starts in the back row with Lewis Ludlow and Ruan Ackermann.

In the backs, Ben Meehan returns to form a halfback partnership with Lloyd Evans.

Elsewhere, Worcester Warriors are away to Sale Sharks and in the TOP 14, Section Paloise travel to Racing 92, whereas CA Brive host ASM Clermont Auvergne and RC Toulon take on Union Bordeaux-Bègles.

On Sunday, Saracens welcome Harlequins to the StoneX Stadium in the Premiership.