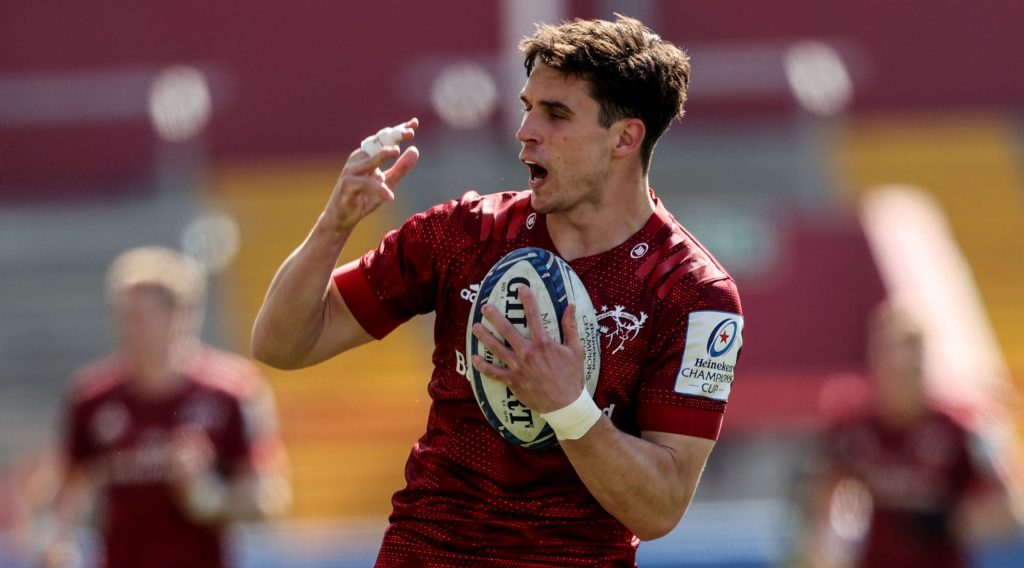 Munster Rugby fly-half Joey Carbery, who is closing on a century of points in the Heineken Champions Cup, has been recalled to the Ireland team for their crunch Six Nations clash with France in Paris on Saturday.

The 26-year-old, who has amassed 90 points in 18 appearances including 15 in his solitary appearance this season, replaces the injured Johnny Sexton, Leinster Rugby’s four-time European champion.

The Ireland captain suffered a hamstring strain in training on Wednesday and so the captaincy switches to his Leinster team-mate, lock James Ryan, following Ireland’s 29-7 home win over Wales last Saturday.

That is the only change to the starting XV made by head coach Andy Farrell, who recalls fit-again Ulster Rugby lock Iain Henderson and Leinster centre Robbie Henshaw to the bench, along with Connacht Rugby fly-half Jack Carty, who replaces Carbery.

Meanwhile, France have made two changes to their starting XV ahead of Ireland’s visit following their 37-10 home win over Italy last Sunday.