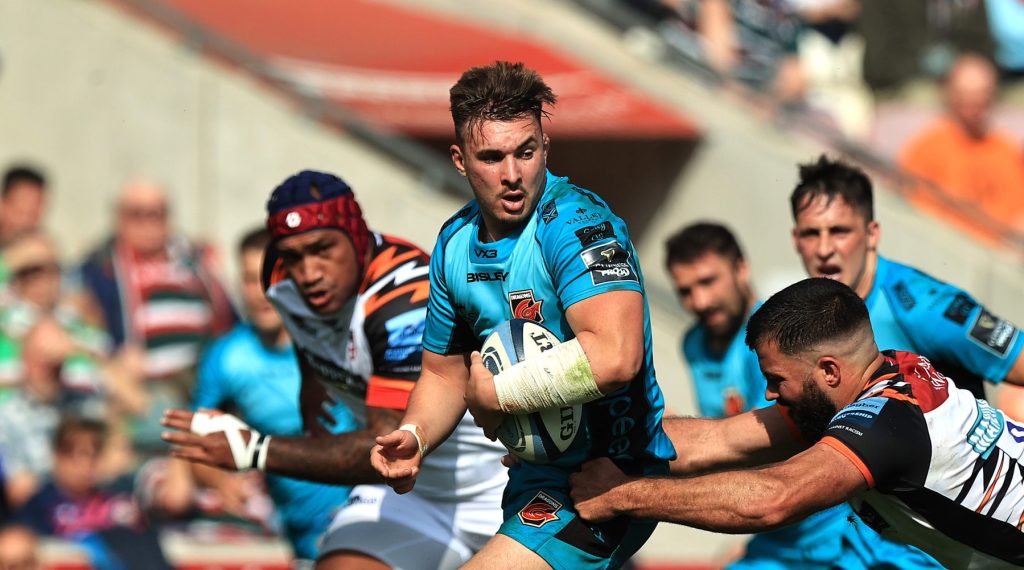 Dragons' Taine Basham on the attack

Dragons’ flanker Taine Basham was the lone try scorer for defending Six Nations champions Wales in their 29-7 reverse at the hands of Ireland.

Basham, who leads the EPCR Challenge Cup in ‘defenders beaten’ with 17, dotted down a late consolation after Ireland had taken a 29-0 lead through a quartet of tries from Munster Rugby’s Andrew Conway (2), Connacht Rugby’s Bundee Aki and Leinster Rugby’s Garry Ringrose.

Check out some of our #ChallengeCupRugby stars who will start for @FedeRugby on Sunday 🇮🇹 pic.twitter.com/TsZFSMPWVQ

At Murrayfield Stadium, London Irish scrum-half Ben White came on as an early replacement in Scotland’s 20-17 Calcutta Cup victory over England and scored a debut try.

White, who has appeared in three of London Irish’s four EPCR Challenge Cup games this season, scored one of two tries for the Scottish – the other a penalty try.

England responded with 17 points from Harlequins fly-half Marcus Smith, but a late Finn Russell (Racing 92) penalty was the difference maker in a thrilling Six Nations opener.