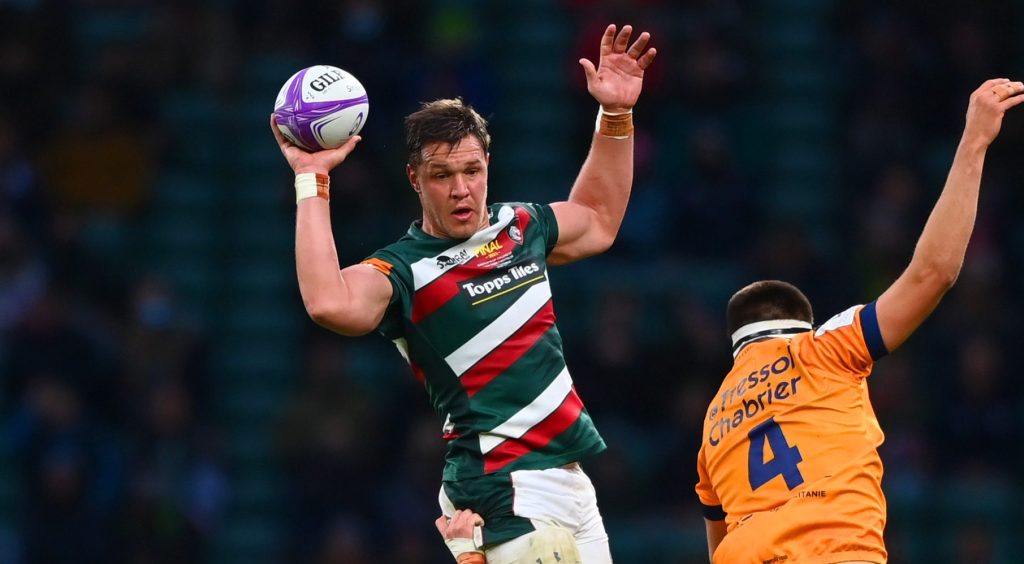 Leicester Tigers, who topped Heineken Champions Cup Pool B with four wins from four, welcome back flanker Hanro Liebenberg from injury ahead of their Gallagher Premiership contest against Worcester Warriors on Saturday.

Liebenberg captains a side without a quintet of England internationals, but they are able to call on the services of Joe Heyes who has been named as a replacement after being released from England’s training camp.

The 26-year-old is one of just two changes from the side that took on Sale Sharks last weekend – wing Hosea Saumaki the other, with Guy Porter moving from the wing to outside centre to make room.

Bristol Bears host Newcastle Falcons looking to avoid a domestic double at the hands of their North East foes.

Pat Lam makes six changes to the side that faced Scarlets in Round 4 of the Heineken Champions Cup – wing Siva Naulago one of those changes as he comes in for his first start of the season.

Exeter Chiefs will be without a host of international stars when they welcome Wasps to Sandy Park – but they are able to welcome Alec Hepburn back after a three-game suspension. Welsh lock Dafydd Jenkins and Santiago Grondona are set to make their first Premiership starts for Exeter.

Who has that #FridayFeeling? pic.twitter.com/xoRaoV6AfK

On Sunday, Harlequins take on Sale in a battle of two sides who have qualified for the round of 16.

Quins make five changes to the starting XV – Jordan Els, Simon Kerrod and Archie White come into the line-up, as do Louis Lynagh and Luke Northmore who have returned from England’s Six Nations training camp.

Sale make six changes themselves – and include World Cup finalists Faf de Klerk – who has been out for three months through injury – and Manu Tuilagi – who has recovered from a hamstring injury – who are set to feature from the bench.

In the TOP 14, the pick of the fixtures sees two Heineken Champions Cup round of 16 hopefuls square off as ASM Clermont Auvergne host Union Bordeaux-Bègles.