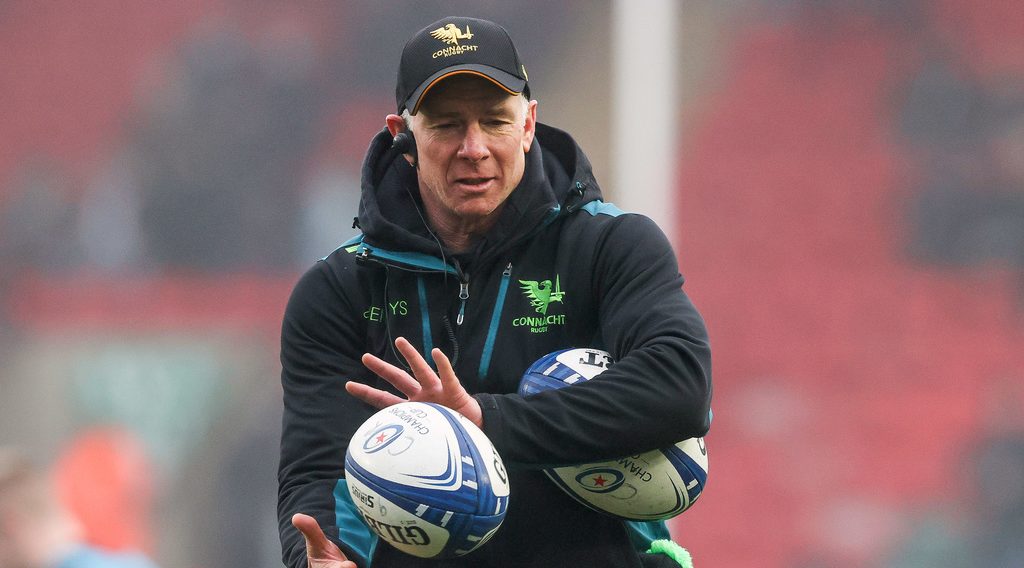 The Irish province are aiming for victory at Stade Jean Bouin, which would confirm their place in the Round of 16, and Friend is confident that they will see the job through if they are at peak performance.

“All we know is that we need to turn up to Stade in Paris on Sunday and we need to play our best brand of rugby,” he told Connacht’s website.

“And if we do that and we put out a really good performance, I truly think we can win over there in France. That’s what we’re going to focus on.

Some of the best turnovers from R3 🔥 pic.twitter.com/1bfgIAHI06

“We’d prefer if we were playing on Friday night because everyone is itching to get out there.

“As I said the longer little bit of time kind of gives us time to reflect and then we can start this week fresh.

Connacht suffered a gut-wrenching last-gasp defeat to Leicester Tigers in Round 3, but Friend asserted that his players have put the loss behind them and are seeking to right the wrongs from that game.

“What was really pleasing was we had Sunday and Monday off and there was a lot of conversations going on over the weekend, people owning things, people putting their hand up, so many good things happened,” he said.

“But, at the end of the day, we let an eighteen-point lead slip, so we bounced back in here on Tuesday and there was no hiding from that: it was put to bed and we’ve got an energized team now looking forward to Stade.”