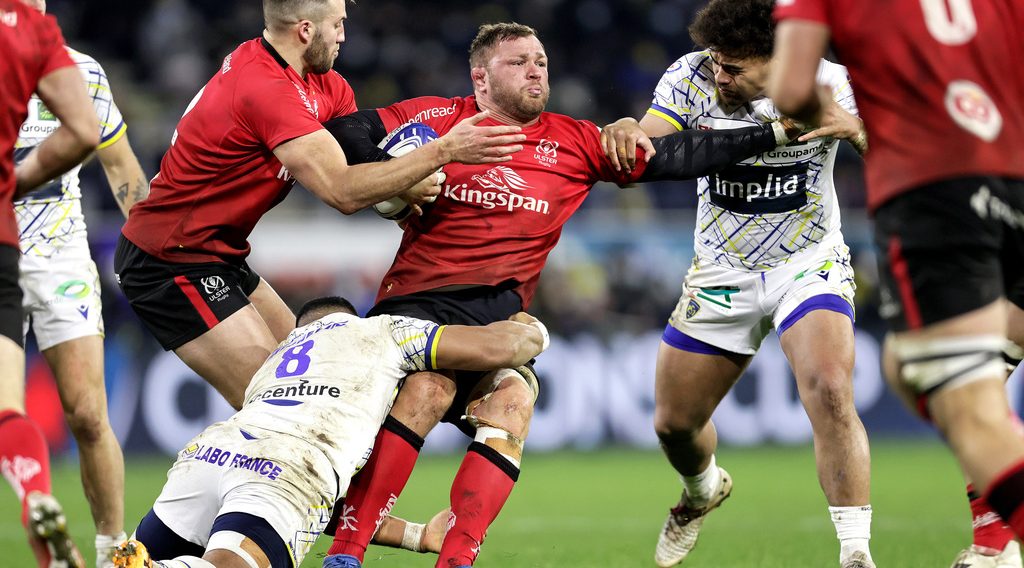 Duane Vermeulen in action for Ulster against Clermont in Round 1

Ulster Rugby back-row forward Duane Vermeulen has outlined his immediate targets with the Irish province ahead of his home debut when they welcome Northampton Saints in Round 2 of the Heineken Champions Cup tonight at 20:00 (UK & Irish time).

The 35-year-old, who won the World Cup with South Africa in 2019, made his first appearance for Ulster last weekend as they picked up an impressive 29-23 win at ASM Clermont Auvergne in Round 1.

“Obviously, I got that in the first week of arriving here, what we want to do, where we want to go. And obviously at the end of the day everyone wants to win a trophy and lift the trophy.

Plenty of last minute changes but excited that we can bring you these big #HeinekenChampionsCup clashes across the weekend 👇 pic.twitter.com/JvCZnKuSRD

“I want to share a bit of myself and hopefully bring a bit of experience to the squad that I’ve picked up over the years and like I said I still want to learn, but hopefully if I can add a little bit extra towards this cause, maybe something special will be at the end of this tunnel, or on top of the mountain

“We’re looking forward to a great start and a great journey.”

Vermeulen, who joined Ulster this season after leaving South African outfit Bulls, says he has been told of the raucous support at Kingspan Stadium.

“I’ve spoken to my agent and he’s been here before at home games and said the atmosphere is fantastic,” he revealed.

“The people just backing back the boys, backing the team and he said you’ll hear it when the when the crowd start singing ‘Stand Up for the Ulstermen’. I’m looking forward to that whole experience and it’s going to be good fun.”