Ewels: ‘We are building’ 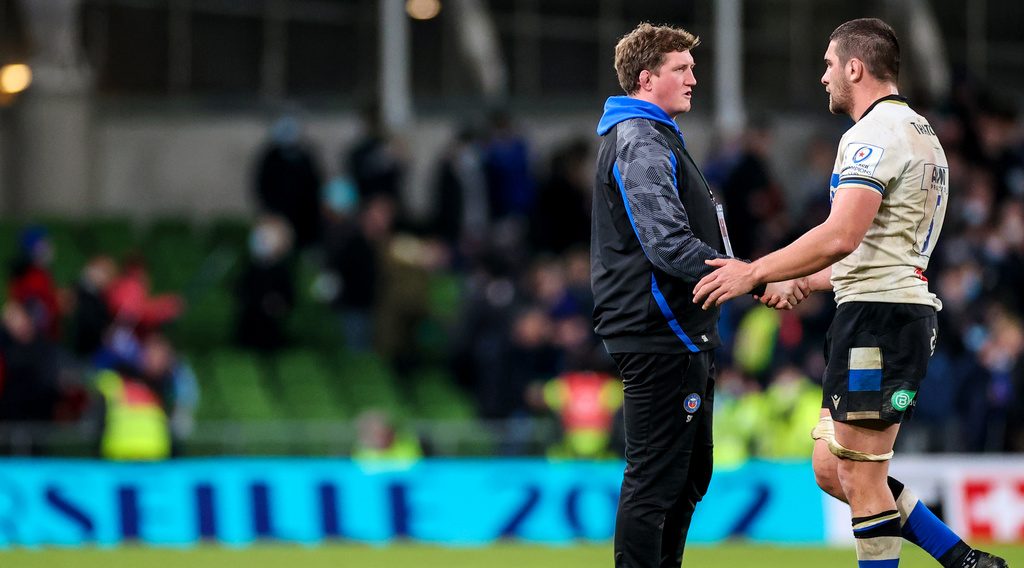 Bath Rugby captain Charlie Ewels has insisted his side are still developing after slipping to a 45-20 defeat at Leinster Rugby in their Heineken Champions Cup opener on Saturday.

The Pool A loss was Bath’s 11th straight defeat of a season that sees them rock bottom of the Gallagher Premiership, but England lock Ewels felt there were some positive signs in the European encounter.

Racing out the blocks for a BP win, @leinsterrugby ignited their #HeinekenChampionsCup campaign against @BathRugby 🔥

A statement of intent? pic.twitter.com/xarTiobfE5

“The performance we put out today was better than the performances at the start of the season,” Ewels said. “We are building, although the results aren’t coming. It’s about keeping the focus on that, which is easy to say and hard to do.

“That is effectively a Test side and I think it would be fair to say we had the upper hand in the scrums at times and around the lineouts and the set piece stuff, which for international rugby, they are massive.

“There’s massive steps forward there, but there’s other parts where you’ve got to hold your hands up, get humbled and say how can we be better.

“Domestically, we are not where we want to be. In this competition, it was a clean slate. It was an opportunity for lads who have not experienced this arena before to play a side that is as close as you’re going to get to Test match type rugby.”

#HeinekenChampionsCup Try of the Round is BACK 🚨

Bath director of rugby Stuart Hooper called for a realistic assessment of the match, considering Bath had five players in their starting line-up making their Heineken Champions Cup debuts.

“I think it’s important from a players and club perspective we understand the context of where we are right now,” he commented.

“It doesn’t cover over that as a performance or a result, but there’s a lot of people here playing for the first time in Europe, which is a big step for some.

“In the first half, we lost the collisions and if you lose collisions against these guys, they beat you round the corner and you’re on the back foot. You give away lots of penalties, which is because you are under pressure.

“We scored one try in the second half, but I thought we lacked a bit of composure at times to allow us to apply pressure to Leinster in the same way they did to us.”