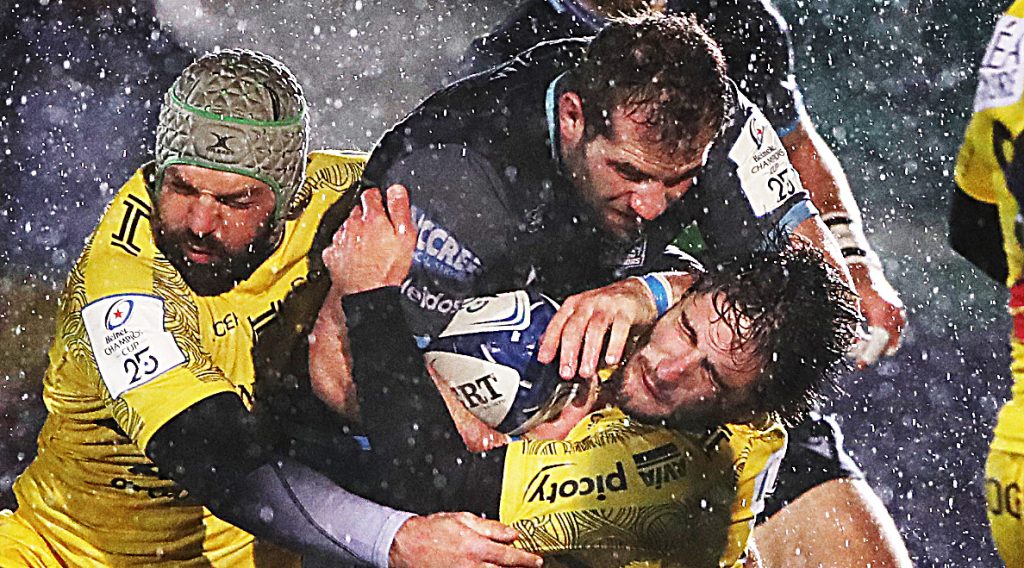 Glasgow Warriors hooker Fraser Brown has warned that his side will be “punished” if they “drift” during their Heineken Champions Cup Pool A campaign.

“I think there are times in games when we can be the best team on the pitch by a country mile and then we drift out for 15-20 minutes, and in that time you can really get punished. It’s hugely important.

“I think you’re going to be under pressure no matter what team you play, but particularly in France [at] the start of the game, [with] the crowd on top of you. It’s very noisy and there are some excellent teams.”

The 54-time Scotland international believes that the standard of rugby in the Heineken Champions Cup is not too dissimilar to that of Tests he has featured in.

FIVE games to round off R1 this time next week, including some European classics 🤩

“You get to do it as a squad of 40 or 60, when you include all the backroom staff that help put things together for you to go out and perform.

“You can put in the performance of your life and one mistake could be the difference between winning and losing.

“So, it really is a test of your physical ability, of your mental capacity as well, to make sure that you stay concentrated, stay in the moment, for the whole game.”

Looking ahead to their opening game at La Rochelle on Sunday, Brown called for Glasgow to be clinical, and take any opportunity to punish a rare mistake from their opponents.

“La Rochelle are an excellent team,” he commented. “They’re very strong up front and they’ve got some backs that can cut you to pieces.

“So, I think [you need to] be able to absorb that pressure, take your opportunities – that’s not just in attack. If you get an opportunity to get a turnover, you’ve got to be able to take it.”