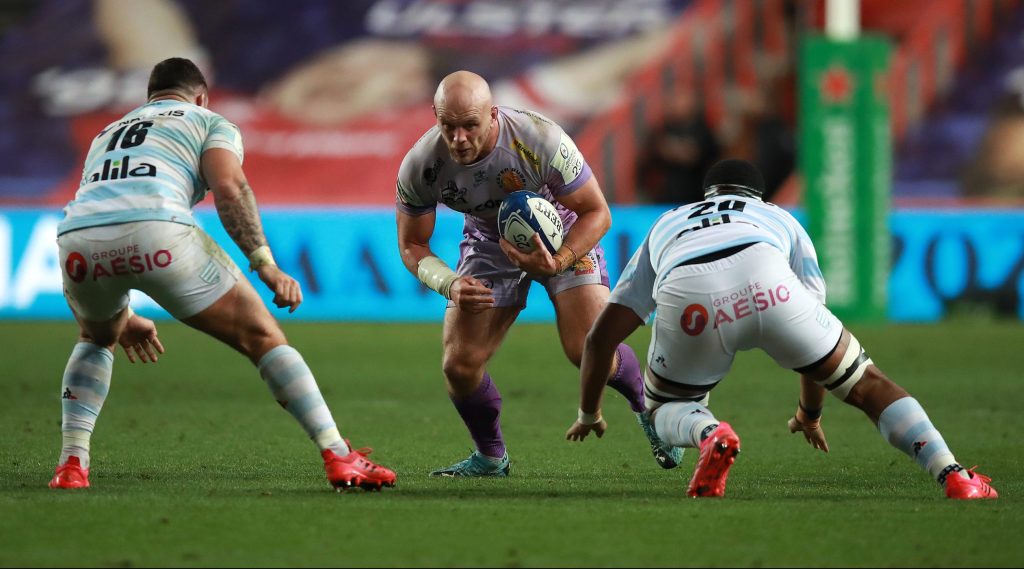 Exeter Chiefs hooker Jack Yeandle has spoken of his “excitement” ahead of this season’s Heineken Champions Cup, a competition he believes has a unique attraction.

The 31-year-old has made 37 appearances for Exeter in the competition, including five as the Gallagher Premiership side lifted the trophy in 2020, so is fully qualified to talk about a tournament which sees the continent’s elite sides go head-to-head.

“I think regardless of who you’re playing, it’s always a big occasion because the [Heineken] Champions Cup isn’t something that’s just gifted to you.

“You have to earn the right to be in it and you’ve got to follow that through by stepping up and showing the teams the respect they deserve by putting in a big performance.”

“It’s easy to say, but your traditional French teams [have a] massive set of forwards,” he observed. “They will want to get into an arm wrestle and rough you up a bit in the forwards and with dangerous backs as well.

“We just want to get into pushing our rugby – getting into a bit of a high-tempo running game where we can get the ball moving.