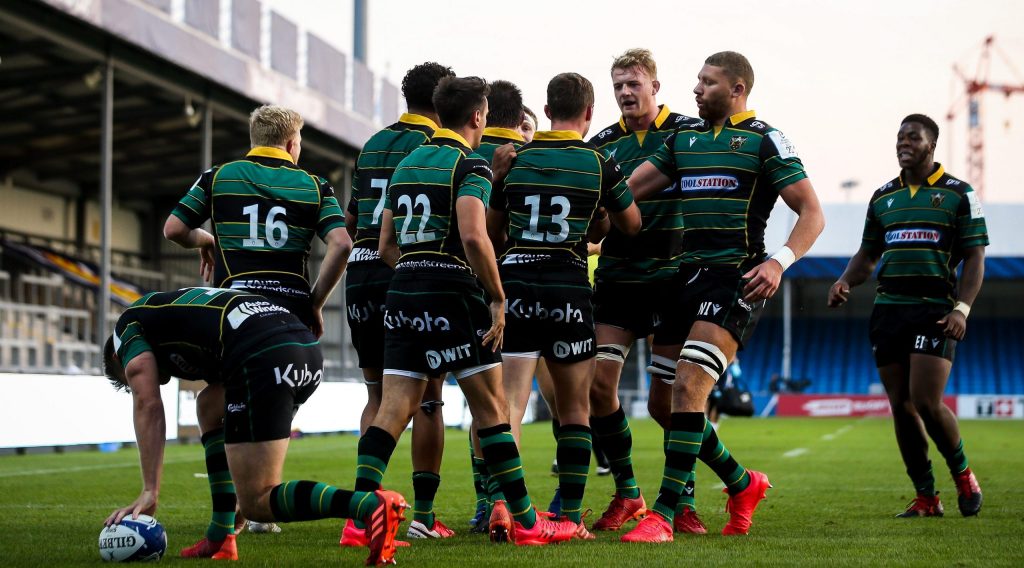 Northampton celebrate after scoring a try in the Heineken Champions Cup

Winger Courtnall Skosan and No.8 Juarno Augustus both scored twice as Northampton Saints won 40-19 at home to fellow Heineken Champions Cup side Bath Rugby in the Gallagher Premiership on Saturday.

It was the two sides’ final domestic game before their respective European campaigns get under way next weekend, with Northampton at home to Racing 92 on Friday and Bath travelling to Leinster Rugby on Saturday, both in Pool A.

Saints’ Rory Hutchinson and Tommy Freeman went over early on, with Sam Underhill responding for Bath before Augustus crossed twice in ten minutes.

Bath reduced the deficit before half time as Lewis Boyce dotted down, and grabbed the first try of the second half through Will Stuart, but Skosan would later notch his double for Northampton and seal a comfortable victory.

Seen some of these shouts? 😳

The #HeinekenChampionsCup stars have given their season predictions for top scorers, finalists and top performers 👀

Who would you pick a week out from kick off?pic.twitter.com/IZkTHABO6H

Castres Olympique came out on top of another all-Heineken Champions Cup encounter – Geoffrey Palis, Teariki Ben-Nicholas and Julien Dumora all crossed in a 25-3 home win over Racing 92.

Montpellier Hérault Rugby recorded a 30-6 home win over USAP, with Paolo Garbisi tallying 13 points from the tee in addition to scores from Vincent Rattez, Pierre Lucas and Aubin Eymeri.