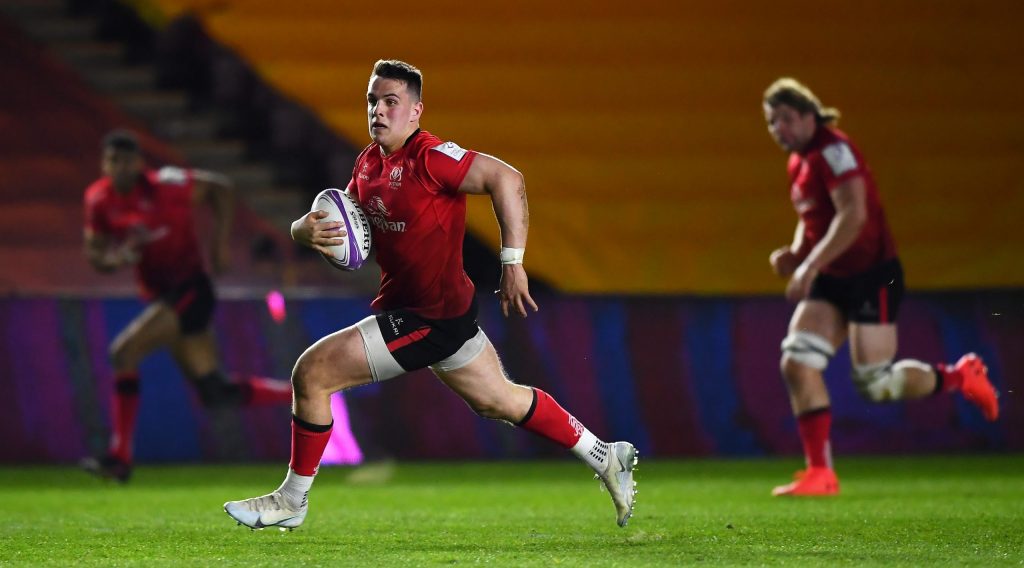 The victory against fellow Heineken Champions Cup opposition will be a boost for Ulster heading into their Pool A campaign, which kicks off at ASM Clermont Auvergne on December 11.

Greg Jones went over for Ulster on 15 minutes, with Leinster responding through a Robbie Henshaw try just after half-time, but Hume dotted down in the closing stages to seal the visitors’ triumph, their first at the Ballsbridge venue since March 2013.

Elsewhere in the United Rugby Championship, fellow Pool A team Glasgow Warriors were beaten 19-18 at Benetton Rugby. Jack Dempsey and Rory Darge both crossed for the Heineken Champions Cup side, but they went down to a late penalty from the EPCR Challenge Cup contenders.

There was a similar surprise in the Gallagher Premiership, where Pool B side Harlequins lost 22-19 at home to Challenge Cup outfit London Irish, despite Oscar Beard’s brace of tries and a Luke Northmore score.

This time in two weeks, we’re back.

Fill in the blank: The two teams to make the #HeinekenChampionsCup Final will be ___

Stade Rochelais eased to a 36-8 win at home to Section Paloise thanks to tries from Jules Le Bail, Will Skelton, Jules Favre, Tawera Kerr-Barlow and Ihaia West, while Thomas Ramos kicked all Stade Toulousain’s points in an 18-11 home success against CA Brive, another Challenge Cup side.

It was a different story for Clermont and Stade Français Paris, though. They both lost to Challenge Cup opposition, Clermont 26-24 at USAP despite two tries from Cheikh Tiberghien and one for Tani Vili, and Stade 17-14 at Biarritz Olympique after Telusa Veainu scored their solitary try.