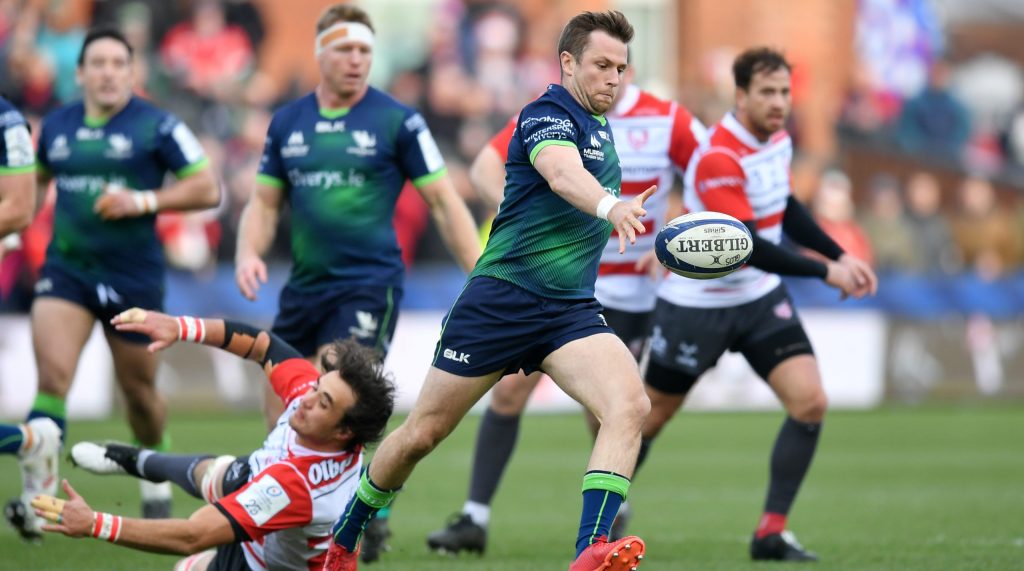 Outside centre Shayne Bolton scored on his Connacht Rugby debut as the Heineken Champions Cup side thrashed Ospreys 46-18 for a bonus-point win in the United Rugby Championship on Friday.

The 20-year-old crossed in the first-half to give Andy Friend’s side their second try of the game, before heading into the interval 18-11 up with wing Mack Hansen and full-back Oran McNulty both scoring at The Sportsground.

Connacht then built on their lead in the second half – as inside centre Sammy Arnold, scrum-half Caolin Blade and fly-half Conor Fitzgerald all crossed – to record the hosts’ third win of the season.

In the Gallagher Premiership, Heineken Champions Cup hopefuls Exeter Chiefs beat Bath Rugby 23-16 thanks to a late try from No.8 Sam Simmonds at The Recreation Ground.

With the hosts 16-13 up, Simmonds scored in the 77th minute from a scrum after Bath openside flanker Sam Underhill had given away a penalty for a high tackle on the England forward.

Joe Simmonds then converted his brother’s try and sealed the win after he kicked a late penalty to inflict Bath’s ninth straight loss in all competitions.

Elsewhere, in another match-up between Champions Cup sides, Northampton Saints beat Bristol Bears for the first time since 2018 as the visitors scored four tries on their way to an impressive 36-20 win.

A double from wing Tommy Freeman and scores from tighthead prop Paul Hill and full-back George Furbank alongside 16 points from fly-half Dan Biggar meant Northampton put an end to their five-game losing streak in the Gallagher Premiership.