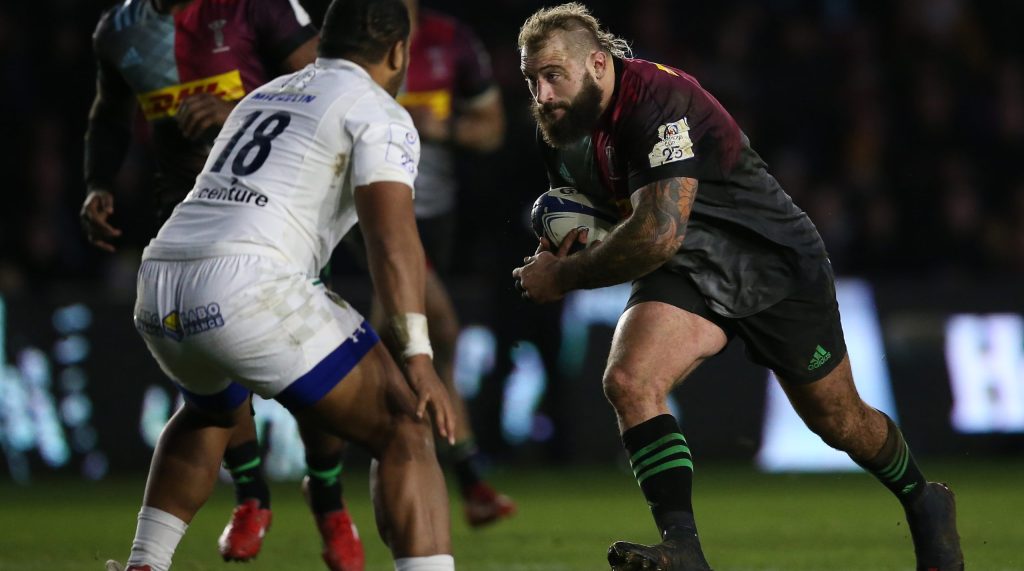 Props Marler and Collier will form the Quins front-row alongside hooker Jack Walker at The Stoop as scrum-half Care makes up a half-back partnership with Italian international Tommy Allan.

Lock Stephan Lewies captains the side, with Springbok teammate Andre Esterhuizen named in a centre partnership with Luke Northmore.

Tyrone Green starts at full-back in a back three that also includes Cadan Murley and Oscar Beard as Quins look to get one over their rivals in the London derby.

Elsewhere on Saturday, there is an all-Heineken Champions Cup clash between Leinster Rugby and Ulster Rugby at the RDS Arena in Dublin.

Leinster head coach Leo Cullen has named full-back Jimmy O’Brien in a back three with Adam Byrne and Jordan Larmour, as Robbie Henshaw starts in midfield with Ciarán Frawley.

Loosehead prop Ed Byrne is set for his 75th Leinster appearance in a front-row with tighthead prop Tadhg Furlong and hooker James Tracy.

Visitors Ulster have recalled scrum-half John Cooney to their starting XV following his injury lay-off in a half-back duo with Billy Burns.

Ireland pair Stuart McCloskey and James Hume return to start in midfield, whereas fellow Irish international Rob Herring lineup at hooker in a front-row with Andrew Warwick and Marty Moore.

Nick Timoney starts at openside flanker, with Greg Jones at blindside flanker and David McCann chosen at No.8. Hooker Tom Stewart is set to make his debut if he is called upon from the bench by head coach Dan McFarland.