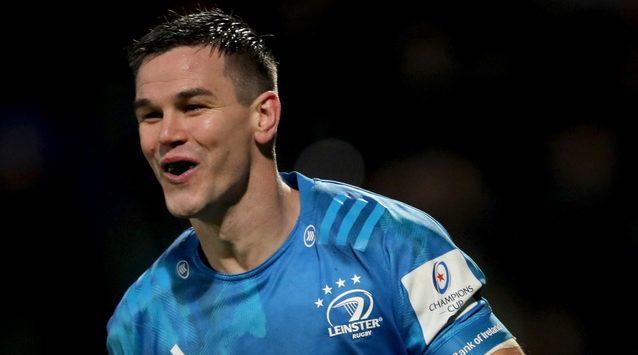 Leinster Rugby fly-half Johnny Sexton will win his 100th Ireland cap when they host Japan at the Aviva Stadium in their Autumn Nations Series opener on Saturday.

The 36-year-old will be seeking another milestone when Leinster get their Heineken Champions Cup campaign under way at home to Bath Rugby on December 11, with four European Cup winners’ medals already in his pocket.

Leinster colleague Tadhg Furlong is also set for an international landmark at the weekend, with the prop set to play his 50th Ireland game.

It is an all-Leinster pack aside from Munster Rugby lock Tadhg Beirne, with hooker Ronan Kelleher and prop Andrew Porter completing the front row, James Ryan in the second row, Jack Conan at No.8, and Josh van der Flier and Caelan Doris at flanker.

Uncapped Leinster hooker Dan Sheehan is among the substitutes.