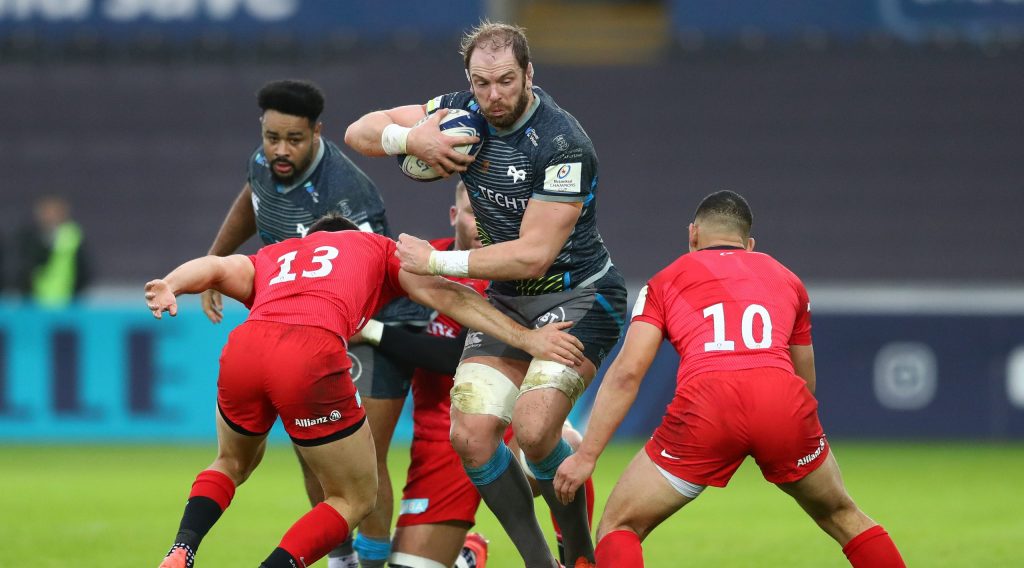 Ospreys lock Alun Wyn Jones on the attack against Saracens

Ospreys lock Alun Wyn Jones will become the most-capped international rugby player of all time for any country when he captains Wales against New Zealand at the Principality Stadium on Saturday.

The 36-year-old, who is set to line up for the Welsh region in Pool A of the Heineken Champions Cup later this season, will make his 149th appearance for Wales on Saturday, surpassing Richie McCaw’s record of 148 appearances for New Zealand.

Jones will form an all-Ospreys second row with Adam Beard, while team-mate Tomas Francis will be in front of them at prop. Scarlets team-mates Wyn Jones and Ryan Elias are the other members of the front row.

Cardiff Rugby’s Tomos Williams and Ospreys’ Gareth Anscombe line up at scrum-half and fly-half respectively, while the Scarlets pairing of Johnny Williams and Jonathan Davies fill the centre spots.

Cardiff also provide the wingers in Josh Adams and Owen Lane, and they will link up with Scarlets full-back Johnny McNicholl in the back three.