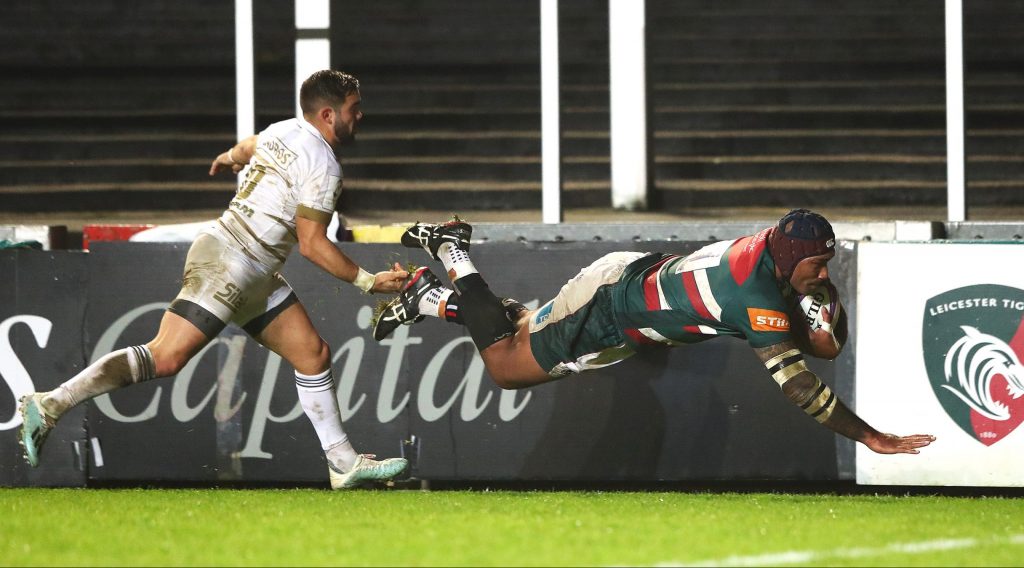 Leicester Tigers fired a warning to their Heineken Champions Cup rivals as they thrashed Worcester Warriors 48-3 at Sixways Stadium on Saturday to stay top of the Gallagher Premiership.

Elsewhere in the Gallagher Premiership, Exeter Chiefs battled to a 27-23 win over Wasps at the Coventry Building Society Arena.

Tries from Henry Slade and Facundo Cordero put 2020 Heineken Champions Cup winners Exeter in control after 25 minutes, but Wasps went into the break with a 20-15 lead as Dan Frost and Thomas Young crossed late in the first half.

Jimmy Gopperth, who tallied 13 points for Wasps, kicked a penalty on 58 minutes to edge the hosts further in front, but Sam Simmonds and Jonny Hill dotted down for Exeter as they snatched victory.

Meanwhile, Bristol Bears were beaten 13-5 by EPCR Challenge Cup side Newcastle Falcons at Kingston Park, with Alapati Leiua going over for the visitors’ solitary try.

In the United Rugby Championship, four-time European champions Leinster Rugby showed their class as they cruised to a 50-15 win over Scarlets.

Five years since we lost a legend.

Since 2017, the Anthony Foley Memorial Trophy has been awarded to the EPCR European Player of the Year.
@munsterrugby | #HeinekenChampionsCup pic.twitter.com/TsTuwvOkh8

A late Stephen Myler penalty saw Ospreys triumph 29-26 over Benetton Rugby in Italy, with Rhys Webb notching a double for the visitors to add to tries from Max Nagy and Ethan Roots.

There was also late drama as Munster Rugby edged out Connacht 20-18 – Diarmuid Barron scored on 77 minutes to level the scores, with Joey Carbery’s conversion handing the two-time European champions victory. Carbery had earlier kicked two penalties and converted a try from Chris Cloete.

Connacht fly-half Jack Carty tallied 13 points, nudging two penalties before adding the extras to a Paul Boyle score and crossing for a try of his own.

Cardiff Rugby overcame South African outfit Sharks 23-17, thanks to tries from Matthew Morgan and Willis Halaholo, and 13 points from the boot of Rhys Priestland. Meanwhile, Lewis Bean and Sione Tuipulotu went over for Glasgow Warriors in a 17-6 success at Zebre Parma.

Matthieu Jalibert scored two tries as he racked up 25 points in a 37-33 Bordeaux win at Section Paloise. UJ Seuteni and Romain Buros also went over for the away side.

Braces from Wilfrid Hounkpatin and Vilimoni Botitu, in addition to scores from Florent Vanverberghe and Gaetan Barlot, saw Castres Olympique claim a 38-20 win over Biarritz Olympique.