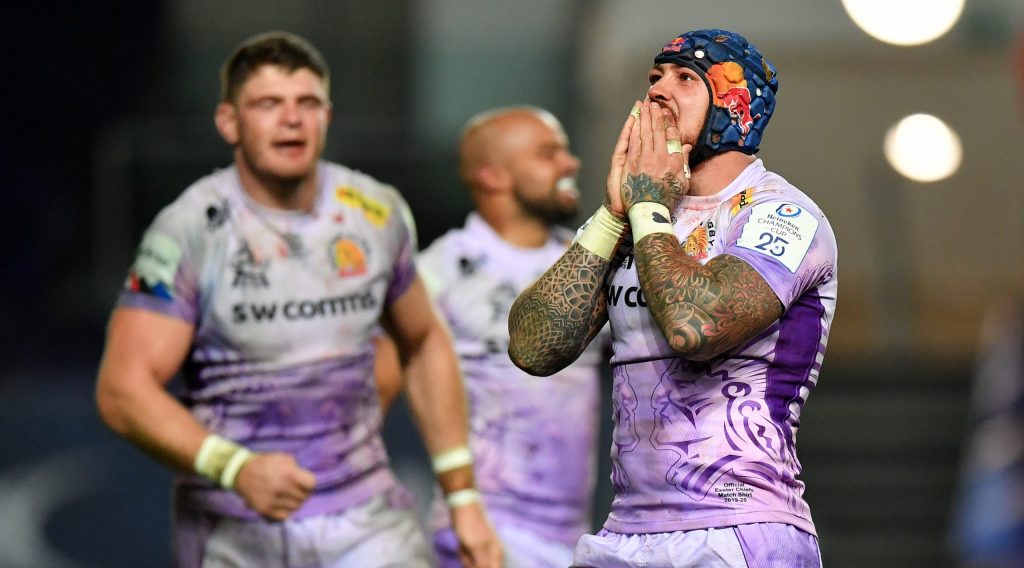 2020 Heineken Champions Cup winner Jack Nowell is set to make his return from injury for Exeter Chiefs on Saturday when they travel to Wasps in the Gallagher Premiership.

The England wing, who notched two tries in nine games as Exeter landed their maiden Heineken Champions Cup title, replaces Tom O’Flaherty as the only tweak to the back line who started last weekend’s 42-5 win over Worcester Warriors.

Australian lock Ryan McCauley will make his first Gallagher Premiership start as he comes in as the solitary change to the Chiefs’ pack.

Meanwhile, Wasps make four changes to the starting XV who overcame Northampton Saints 26-20 last time out, with Jimmy Gopperth recalled at inside centre and hooker Dan Frost lining up with Robin Hislop and Jeff Toomaga-Allen in a new-look front row.

Elsewhere, Leicester Tigers visit Worcester Warriors, with flankers Hanro Liebenberg and Marco van Staden joining No.8 Jasper Wiese in the back row, while scrum-half Jack van Poortvliet and centre Matías Moroni are also brought into the side.

Bristol have made nine changes for their trip to Newcastle Falcons, with centre Antoine Frisch making his first start for the club.

Winger Toby Fricker and flanker Sam Jeffries are set for their first outings of the season.

In the United Rugby Championship, Argentina winger Sebastian Cancelliere is poised for his Glasgow Warriors debut at Zebre Parma, while Wales winger Alex Cuthbert will make his Ospreys bow at Benetton Rugby.

Two Heineken Champions Cup sides will go head-to-head at the RDS Arena as Leinster Rugby host Scarlets. Prop Tadhg Furlong and No.8 Jack Conan are back for the four-time European champions, while Argentina international Tomas Lezana will make his debut for the visitors.