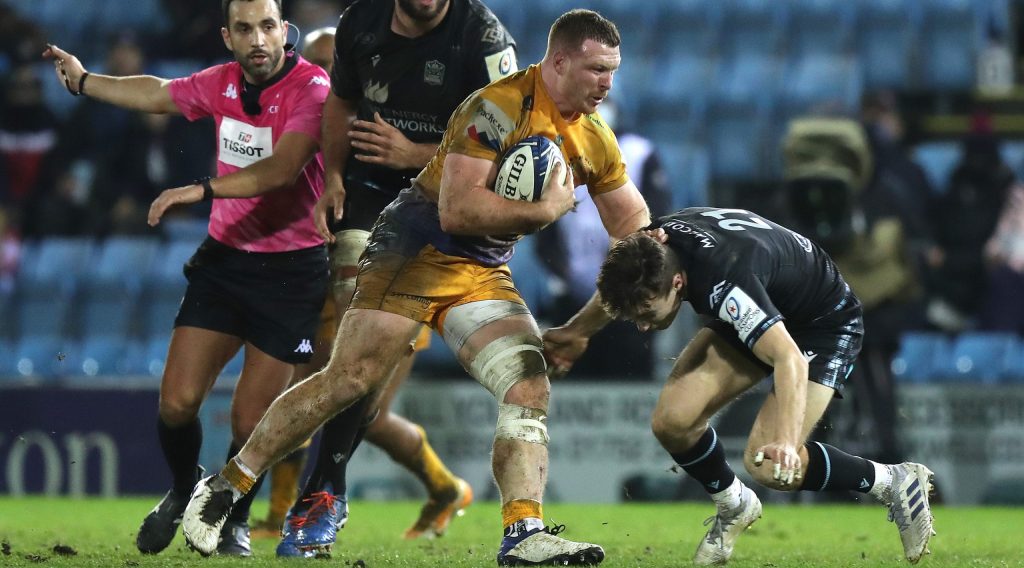 Sam Simmonds scored a brace of tries as he played a starring role in Exeter Chiefs’ 42-5 victory over Worcester Warriors in the Gallagher Premiership on Saturday.

It was the 2020 EPCR European Player of the Year’s first appearance of the season for Exeter, having spent the summer on tour with the British and Irish Lions.

No.8 Simmonds powered over from close range on 33 minutes after flanker Dave Ewers had crossed to give the 2020 Heineken Champions Cup winners the lead.

Winger Facundo Cordero went over either side of half-time before Simmonds grabbed his second try of the day, fending off several Worcester defenders to further extend Exeter’s advantage.

Joe Simmonds wrapped up the scoring for Exeter with a try on 74 minutes, as the hosts marched to a second successive Gallagher Premiership win following back-to-back defeats at the start of the season.

Meanwhile, league leaders Leicester Tigers continued to underline the threat they will pose in the Heineken Champions Cup this year as they battled to a 21-16 win at London Irish.

Nic Dolly and Hanro Liebenberg had crossed for Leicester, but the visitors trailed 16-12 heading into the final 20 minutes, only for George Ford to slot three unanswered penalties to seal a fourth straight Gallagher Premiership win.

That's why they're @premrugby champions 👊

Sublime comeback yet again from @Harlequins with some scintillating rugby 🤩

In this form, how far could they go in the #HeinekenChampionsCup this season? pic.twitter.com/zIdcS0eVG9

In the United Rugby Championship, winger Adam Byrne scored twice on his return from injury as Leinster Rugby breezed past Zebre Rugby in a 43-7 victory.

Scott Penny, Jordan Lamour, Ed Byrne, Sean Cronin and Ronan Kelleher also crossed for the four-time European champions. Connacht Rugby fell to a 35-22 home defeat to Dragons – Mack Hansen and Conor Fitzgerald both dotted down and Jack Carty kicked four penalties, but the hosts succumbed to a strong second half display by the EPCR Challenge Cup side.

Masivesi Dakuwaqa and Anthony Bouthier both went over for last season’s Challenge Cup winners Montpellier, while Paolo Garbisi tallied 13 points from the tee.

Stade Rochelais also triumphed over a fellow Heineken Champions Cup side, claiming a 29-10 win at home to Castres Olympique.

Thomas Combezou dotted down late on for Castres. Racing 92 claimed a 17-14 win against USAP, with Ibrahim Diallo and Antonie Gibert both picking up tries, while Stade Toulousain survived a first half scare to pick up a 38-10 victory over Section Paloise.

Pau had led 7-0 at the break, but Anthony Jelonch notched a brace for last season’s Heineken Champions Cup winners, in addition to scores from Maxime Medard, Rory Arnold and Cyril Baille in a second half blitz.