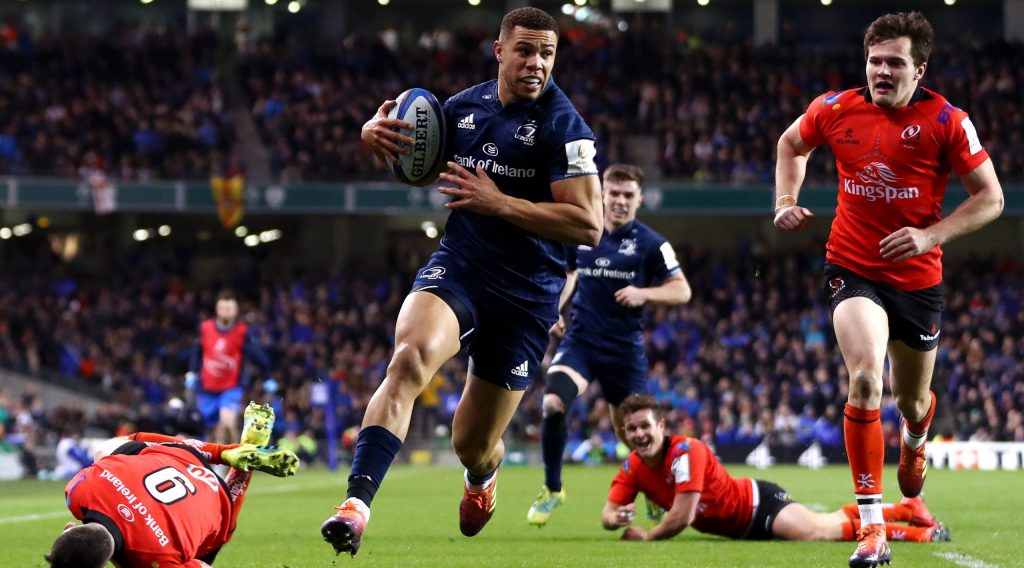 Winger Adam Byrne returns to the Leinster Rugby starting XV for the first time since 2019 as the four-time European champions play host to Zebre Rugby in the United Rugby Championship on Saturday.

Byrne, who has notched six tries in 10 Heineken Champions Cup appearances for the Irish province, has endured a lengthy spell on the sidelines due to a series of injuries.

Winger Jordan Larmour also returns from injury to join Byrne in the back three, with Jimmy O’Brien in line for his first appearance of the season at full-back. Ciaran Frawley partners Jamie Osborne in the centre, while prop Ed Byrne and hooker Sean Cronin come into the front row.

Glasgow Warriors lock Lewis Bean is in line for his first start of the campaign in their home clash with Lions. Rory Darge returns to the Scottish region’s back row, while scrum-half Jamie Dobie and centre Nick Grigg come into the starting line-up as well.

Connacht Rugby have made three changes for their clash with Dragons at The Sportsground, where prop Matthew Burke, No.8 Paul Boyle and winger Ben O’Donnell all come into the team.

Wales flanker Josh Navidi returns to the Cardiff Rugby starting line-up for their home encounter with Bulls, while two Edinburgh Rugby summer signings – prop Luan de Bruin and winger Ramiro Moyano – are set to make their debuts for the Scottish region against Stormers.

As the first province to win the #HeinekenChampionsCup, have @UlsterRugby got what it takes to challenge this year? 👊

Leaders Leicester Tigers give Argentine centre Juan Pablo Socino his first start for the club at London Irish, while wingers Nemani Nadolo and Harry Potter return to the starting XV.

Elsewhere, Sale Sharks make 10 alterations to the side who lost to Exeter last weekend for their trip to Gloucester Rugby