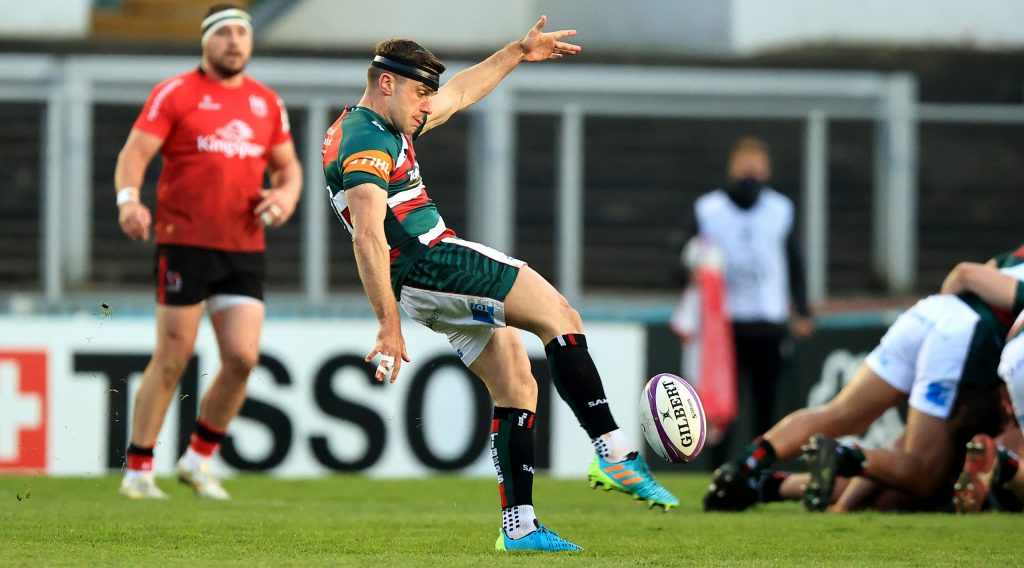 Two-time European Cup winners Leicester Tigers, whose last continental success came in 2002, sounded a warning that they will be a danger in the Heineken Champions Cup this season by making it three wins from three Gallagher Premiership games on Saturday.

Leicester trailed 12-3 heading into the closing stages, but George Ford’s second penalty of the game on 75 minutes moved the hosts to within striking distance, before a rolling mail collapsed on the Saracens line nearly four minutes into added time and the referee awarded the penalty try.

Northampton were another Heineken Champions Cup side to register a win over EPCR Challenge Cup opposition on Saturday, triumphing 23-21 over London Irish at Franklin’s Gardens to complete their third win in three domestic games.

Dan Biggar was their match-winner, kicking his third penalty of the game with six minutes left in a haul of 13 points, after Irish had rallied from a 17-7 half-time deficit and conceding tries in the first 15 minutes to Tom Collins and Matty Proctor.

Meanwhile, Wasps were beaten 18-14 by Newcastle Falcons at Kingston Park. Tom Cruse and Tom Willis crossed for the visiting Heineken Champions Cup side, with the latter’s try on 74 minutes looking to have sealed victory before a late Newcastle score.

But could this be a turning point for the rest of their campaign as #HeinekenChampionsCup edges closer? 🐻https://t.co/m2MPFMkUt1

In the United Rugby Championship, Cole Forbes scored a brace of tries as Glasgow Warriors beat South African side Sharks 35-24. Ryan Wilson, Jamie Bhatti and Sione Tuipulotu also crossed for Glasgow, as did Ross Thompson, who slotted all five conversions.

Munster Rugby also enjoyed a win over South African opposition, with Jack O’Donoghue (2), Jean Kleyn, Niall Scannell and RG Snyman going over for the two-time European champions in their 34-18 success against Stormers.

Elsewhere, Ulster Rugby recorded a dominant 36-3 win over Zebre Rugby in Italy, where Ethan McIlroy and Nick Timoney chalked up two tries each for the Irish province, with further scores coming through Will Addison and James Hume.

Heineken Champions Cup winners Stade Toulousain notched their fifth straight league win of the season to remain six points clear at the top of the table, with Tim Nanai-Williams and Antoine Dupont crossing in a 17-11 success at Biarritz Olympique.

Matthieu Jalibert tallied 15 points for second-placed Union Bordeaux-Bègles as they triumphed 20-15 at Lyon, but Stade Français Paris fell to a 19-12 defeat at CA Brive despite four penalties from Leo Barre.