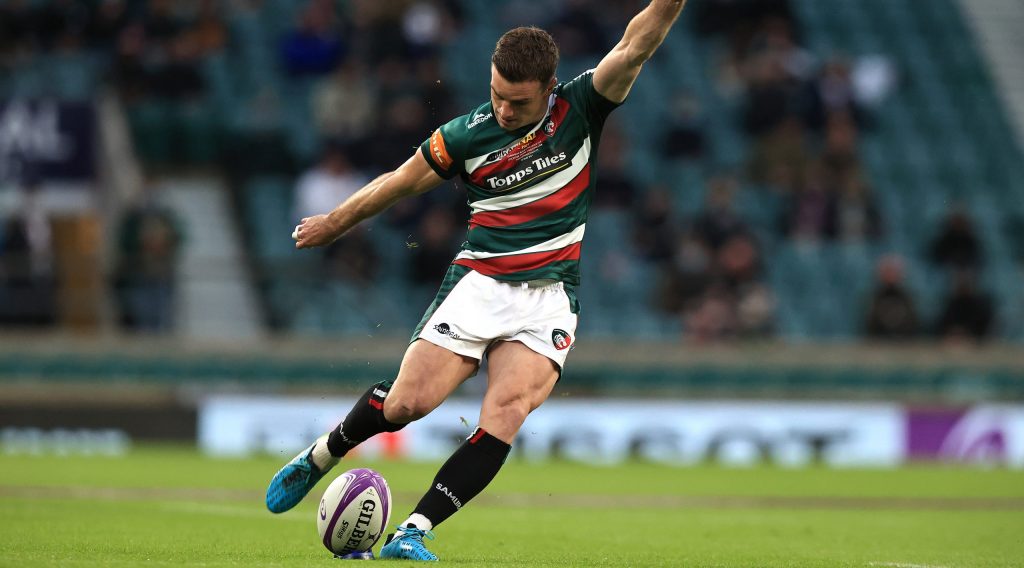 Leicester Tigers will be looking to continue their winning run and remain top of the Gallagher Premiership this weekend, as they face three-time European champions Saracens at Mattioli Woods Welford Road on Saturday.

Leicester have been drawn into Pool B of this season’s Heineken Champions Cup, and will take on Union Bordeaux-Bègles and Connacht Rugby when the competition gets under way in December.

There will be first starts of the season for Leicester’s Francois van Wyk at loosehead prop and Freddie Burns at full-back against Saracens, while Tonga international Hosea Saumaki is set for his Gallagher Premiership debut.

Captain Hanro Liebenberg, George Martin and Tommy Reffell will start in the back-row, with Calum Green and Ollie Chessum as the starting locks.

Ben Youngs comes in at scrum-half as George Ford continues at fly-half, with Dan Kelly and Guy Porter named as the centres.

On Saturday evening, there is an exciting clash between two Heineken Champions Cup sides, as Ospreys come up against Cardiff Rugby at the Swansea.com Stadium in the United Rugby Championship.

Hosts Ospreys have made one change to the side that beat Dragons last weekend, as Max Nagy replaces Dan Evans at full-back to make his first start for Toby Booth’s side. Rhys Webb will captain the team and forms a half-back pairing with Gareth Anscombe.

The greatest team without a #HeinekenChampionsCup title? 🏆

We take a look at how three-time finalists @racing92 are shaping up ahead of the upcoming European season ⤵️https://t.co/B7PBxBnjpl

Cardiff have made four changes for the trip to Swansea, which will see Josh Adams, who featured for the British and Irish Lions in the summer, return on the wing. Rhys Priestland comes in at fly-half and a double change in the front row sees Rhys Carré and Dillon Lewis start either side of Kirby Myhill.

In France, last year’s Heineken Champions Cup finalists Stade Rochelais will look for their second TOP 14 win of the season when they play away at Montpellier Hérault Rugby on Saturday afternoon.

On Sunday, Racing 92, currently second in the TOP 14, face ASM Clermont Auvergne at the Stade Marcel Michelin in a re-run of the 2020 Heineken Champions Cup quarter-final between the two sides.

In the Gallagher Premiership, Sale Sharks are at home to 2020 Heineken Champions Cup winners Exeter Chiefs.