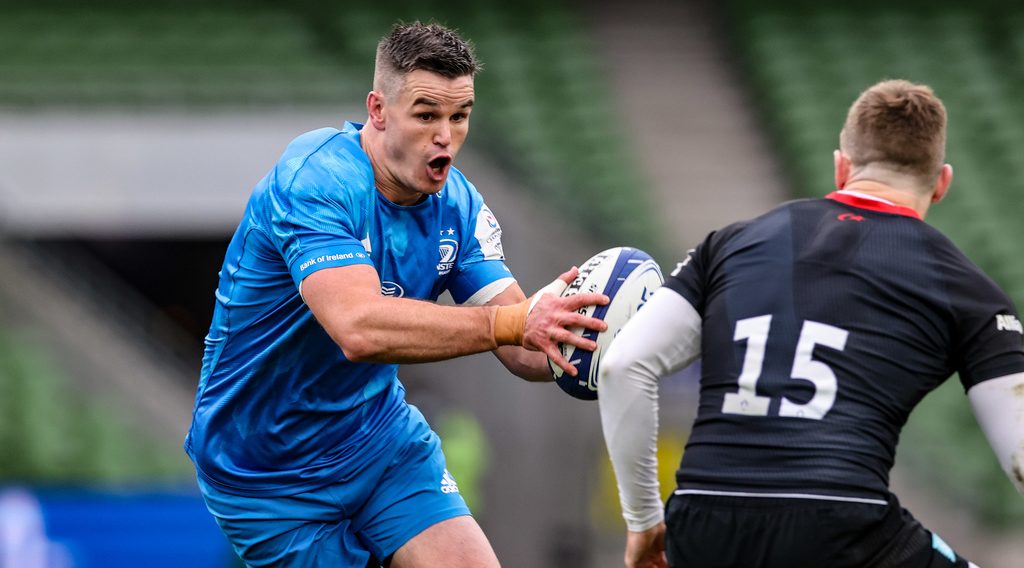 Leinster's Johnny Sexton on the attack in the Heineken Champions Cup

Our preview of the 2021/22 Heineken Champions Cup continues today with a close look at four-time winners Leinster Rugby, who will be seeking to match the title record achieved by Stade Toulousain last season.

After an impressive 34-22 win at Exeter Chiefs in the quarter-finals, Leinster suffered defeat at the semi-final stage, when they were beaten 32-23 at Stade Rochelais.

Former Leinster captain Leo Cullen was appointed as the Irish province’s head coach in 2015 following a stint as forwards coach. Cullen, a three-time European champion during his playing career with Leinster, became the first person to win the competition as a player and coach after the 2018 win in Bilbao. During that same season, Cullen oversaw Leinster’s first ever European-domestic double. Last season’s PRO14 final win over Munster Rugby was Cullen’s fourth consecutive domestic title as head coach.

Leinster will again look to the vast experience of current captain Johnny Sexton, the fourth highest European Cup points-scorer with 699, along with their large number of Irish internationals. They include three players who tasted Test action for the British and Irish Lions this summer in centre Robbie Henshaw, prop Tadhg Furlong and No.8 Jack Conan.

Leinster welcome Bath Rugby to Dublin for their first Pool A fixture – which is followed by a trip to Montpellier Hérault Rugby. Cullen’s men will then host the French club before their final pool match at Bath.