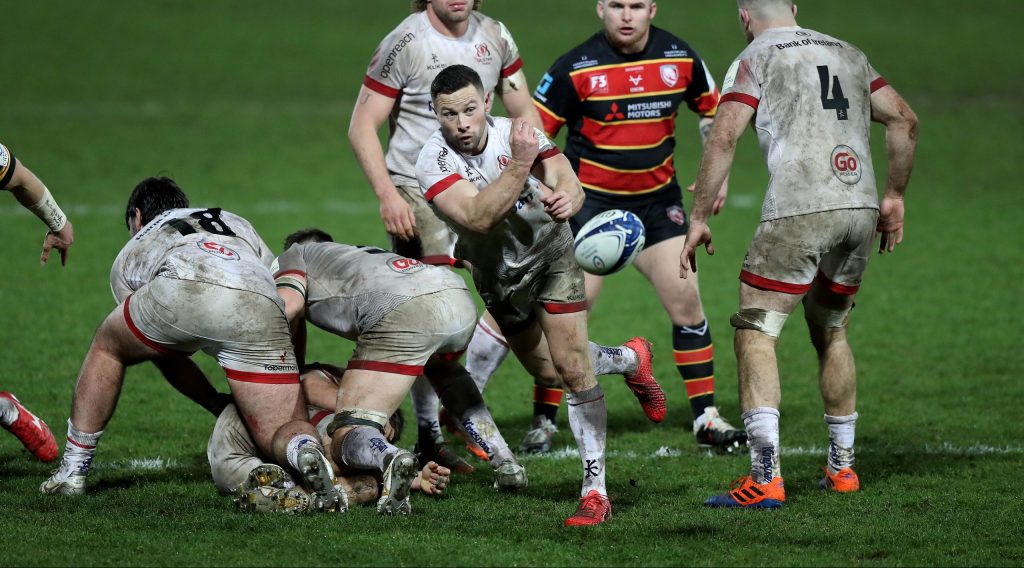 The United Rugby Championship kicks off on Friday ahead of a busy weekend of domestic action featuring a host of sides in contention for European trophies this season.

John Cooney and Billy Burns are the starting half-back combination for Ulster, with Jacob Stockdale and Robert Baloucoune on the wings. Lock Sam Carter captains the side, with hooker Brad Roberts making his first competitive start.

Props Brad Thyer and Simon Berghan are in line to make their Glasgow debuts after being named in the starting XV, while Scotland international Richie Gray partners Scott Cummings in the second row. Australia international Jack Dempsey is also set to make his first appearance for the Warriors.

In Wales, flanker Josh Turnbull captains Cardiff for the first time, while Matthew Screech and Rhys Priestland will make their first competitive appearances for the Welsh side.

Wing Mack Hansen debuts for Connacht, with John Porch named on the opposite flank and Tiernan O’Halloran completing the back three. No.8 Jarrad Butler is the visitors’ skipper and he is joined in the back row by Conor Oliver and Cian Prendergast.

How do you fancy Rob Baxter's side's chances of lifting the trophy again next May in Marseille? 🏆#HeinekenChampionsCup pic.twitter.com/jpsOPPkpB5

Gloucester, who are in the Challenge Cup this season, have brought in Ed Slater at lock and Ruan Ackermann at No.8 as they tweak the team who started their opening-day defeat to Northampton Saints last weekend. Mark Atkinson and Tom Seabrook are also called up, at centre and on the wing respectively.

Leicester, who return to the Heineken Champions Cup this term, have named an unchanged front row from their impressive win over Exeter Chiefs last Saturday, comprised of captain Ellis Genge, Nic Dolly and Dan Cole.