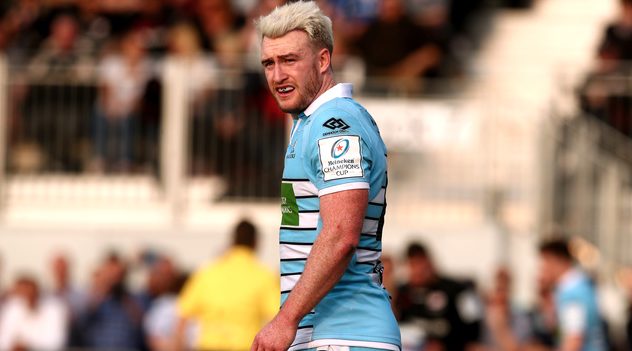 With the release of this season’s Heineken Champions Cup fixtures last week, we have picked out one fixture from each round that you simply cannot afford to miss!

Click HERE for all the 2021/22 Heineken Champions Cup fixtures.

The Heineken Champions Cup holders open up at the defence of their title against a rebranded and revamped Cardiff Rugby side who could be set for a promising 2021/22 season. Wales fly-half Rhys Priestland has joined from Bath Rugby and adds a lot of attacking impetus as well as his flawless goal-kicking – but will it be enough to break down the all-conquering domestic and European champions at Cardiff Arms Park?

If this match is anything like the last time the sides met in Europe at Scotstoun, we are in for a belter. The two sides traded blows in a 31-31 epic, before Stuart Hogg had the chance to win the match against his former club with a mammoth penalty kick, striking the crossbar before coming back out into play and eventually into touch. Hogg and the Chiefs will be no doubt looking to regain their European title and will be looking to snatch all five points from the Scottish region.

The Challenge Cup holders make their way to The RDS in Round 3, surely determined to prove their European pedigree against one of the best outfits in Europe. Leinster will have been disappointed to fall to a shock semi-final defeat to relative European novices in Stade Rochelais last season, so expect an all-action display from the leading Irish province.

Two European heavyweights clash in Round 4 with qualification for the Round of 16 potentially on the line. The two sides have plenty of history against each other, with Trevor Leota’s famous try in the 2004 semi-final sending Wasps into the European Cup final against Toulouse, one they would win to land a first European title. Simon Zebo is a high-profile addition for the Irish province this season, whilst Wasps have added Bath’s Elliott Stooke and former All Blacks back-row Vaea Fifita.