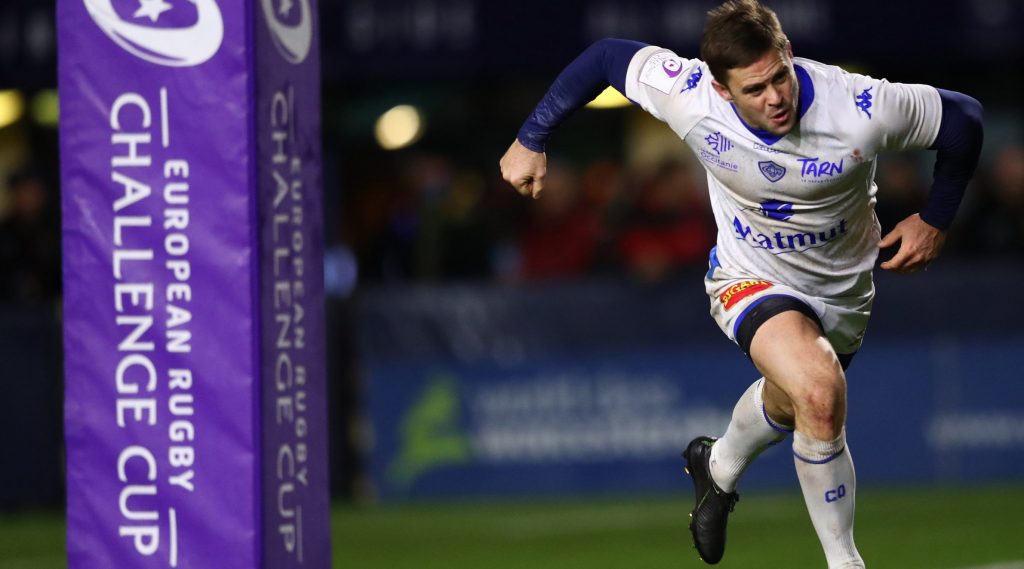 Rory Kockott scores for Castres in the Challenge Cup

Rory Kockott and Benjamin Urdapilleta inspired Castres Olympique to a gripping 34-30 victory over ASM Clermont Auvergne in the TOP 14 at the Stade Marcel-Michelin.

Kockott picked up a try, with the scrum-half kicking a further five points and Urdapilleta racking up a match tally of 11 from the tee.

Castres, who will face Harlequins and Munster Rugby in Pool B when this season’s Heineken Champions Cup gets underway in December, had to come from behind to overcome a Clermont side who crossed the whitewash three times.

Tani Vili, Adrien Pelissie and JJ Hanrahan all went over for the hosts, who will take on Sale Sharks and Ulster Rugby in Pool A in this season’s Heineken Champions Cup, with fly-half Camille Lopez kicking 15 points.

But Adrea Cocagi scored to add to Kockott’s first-half try for Castres, before Kevin Kornath crossed to snatch a late victory for the visitors, with Urdapilleta’s conversion sealing a dramatic victory.’

Section Paloise picked up their first TOP 14 win of the season, edging out Lyon 21-17. Fly-half Antoine Hastoy was the sole provider of Pau’s points, slotting six penalties as well as a drop goal.

Winger Jean-Bernard Pujol crossed twice for USAP, in addition to a score from Tristan Tedder, who also slotted a drop goal. Full-back Melvyn Jaminet kicked all three conversions as well as a trio of penalties.

John Dyer and Andy Cramond both got on the scoresheet with tries for Biarritz, with ex-Harlequins fly-half Brett Herron picking up 10 points from the tee.