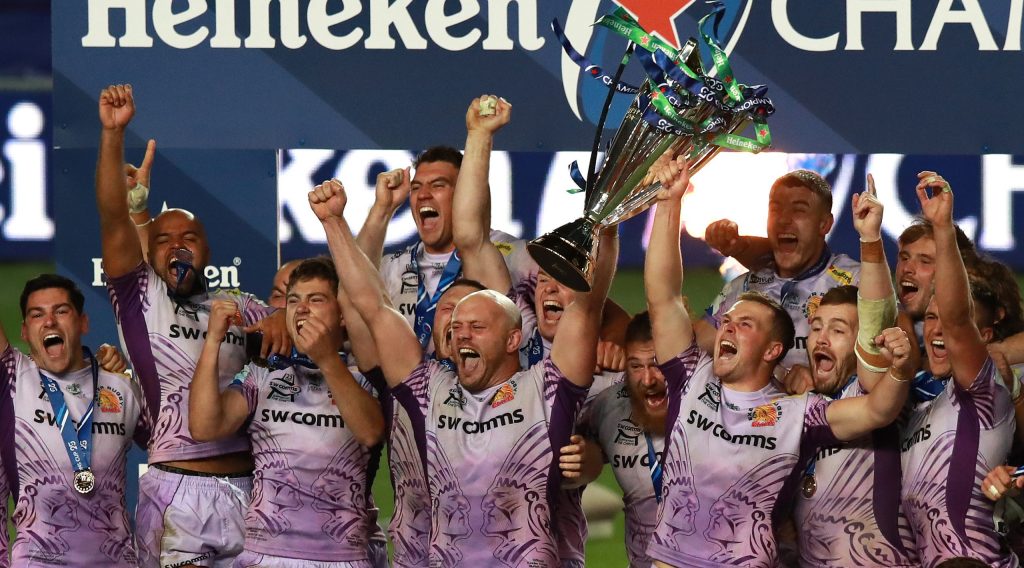 Over the past month we have been asking you to decide which of the eight greatest teams to grace the European Cup is the best of all.

In order to do so, we have placed eight teams in a knockout competition, with voting set to open for the last quarter-final clash on Wednesday morning. You will also have the chance to win some signed merchandise for entering!

The first Fantasy Match-up pitted the triple European champions of RC Toulon between 2013 and 2015 against the mighty Leinster Rugby side from 2009-2012, with the Irish province coming out on top.

Leinster will be joined in the semi-final by Munster Rugby’s side from 2006-2008, who defeated fellow double European Cup winners Leicester Tigers’ 2001-2002 team.

We have picked out a handful of Exeter’s leading lights below:

Sam Simmonds enjoyed a phenomenal Heineken Champions Cup campaign in 2020, notching a staggering eight tries as he was named EPCR European Player of the Year. The No.8’s performance in the final against Racing 92 was typical of his season, powering over from close range for a first-half try. Simmonds’ 103 carries over the course of the tournament was the third highest in the competition and testament to his all-action approach which helped propel the Chiefs to glory.

Hogg’s exceptional performances over the course of Exeter’s triumphant campaign earned him a place on the EPCR European Player of the Year shortlist and although he eventually missed out to Simmonds, his influence on the team was equally as significant. The full-back was a key cog in Exeter’s back line and his playmaking ability was a massive factor in his side’s victory in the final.

Chiefs’ dominant pack was a huge part of their success in 2020 and lock Hill asserted himself as the catalyst for a massive defensive effort up front. He racked up 16 tackles in the final – the most of any Exeter player – in what was a Herculean display. Hill also played a starring role in the Chiefs’ formidable lineout, claiming 48 balls for his team over the course of the competition, more than any other player.

Any side looking to lift a European trophy need a reliable fly-half and Joe Simmonds was exactly that for Exeter in 2020. His nerveless late penalty in their victory over Racing 92 in the final was the last three points in a haul of 95 for the tournament, the most of any player. In addition to his exploits from the tee, Simmonds also crossed for two tries that campaign, including an important score in the semi-final win over Stade Toulousain.