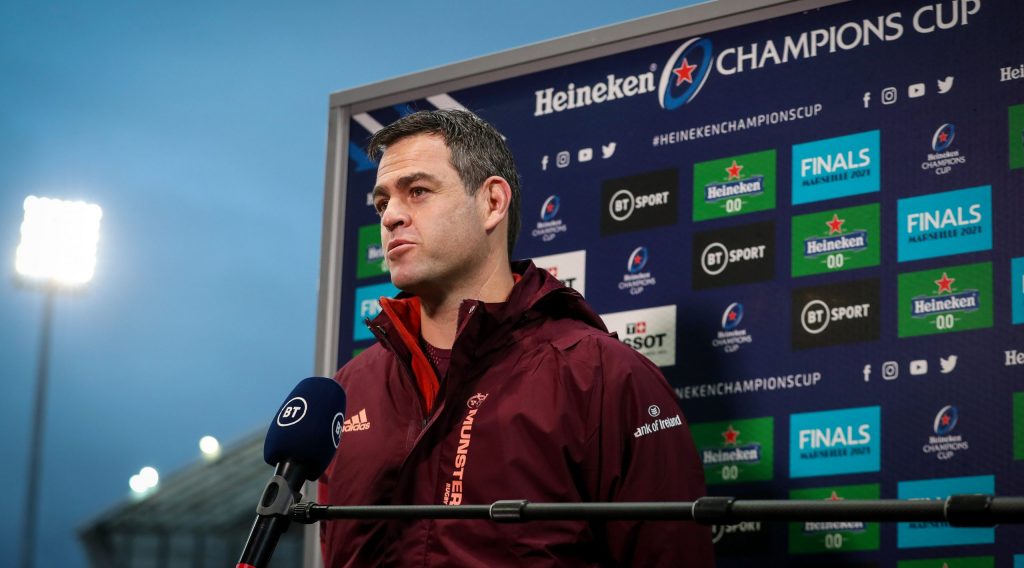 Munster Rugby head coach Johann van Graan has admitted his side have no margin for error when they take on Castres Olympique and Wasps in the Heineken Champions Cup pool stages, in matches he has described as “hugely competitive”.

The Irish province were eliminated at the Round of 16 stage of last season’s competition by eventual winners Stade Toulousain, but have reached a tournament record 14 European semi-finals, with the most recent coming in the 2018/19 campaign.

In that season, they faced Castres in the pool stages and traded home victories, something that Van Graan is very aware of as they gear up for another tricky test in the south of France.

“This is always an exciting time for our squad and supporters in finding out who we’re facing in the Heineken Champions Cup next season,” said the 41-year-old.

“As always it’s going to be hugely competitive and with the new format in place you’re up against it from the very beginning, and there’s no margin for error.

📣 ICYMI: Here's how the #HeinekenChampionsCup pool draw went down yesterday 📣

How do you fancy your club's chances of progressing? https://t.co/LZUUBDCaTf

“These are the best sides in Europe coming together and with Castres and Wasps we know the challenge that lies ahead.

“Everyone knows our history with Castres and it’s a side we’ve faced many times in this competition so no doubt the games will be as hotly contested as ever.

“Wasps are a quality side with a rich history in Europe also. Like playing any English side it will be a tough, physical battle against them but one we are very much looking forward to.”

The exact dates of the Heineken Champions Cup pool stage fixtures, as well as venues, kick-off times and TV coverage, will be announced as soon as possible following consultation with clubs and EPCR’s partner broadcasters.

The 2021/22 tournament will be played over nine weekends with four rounds of matches in the pool stage. The eight highest-ranked clubs from each pool will qualify for the knockout stage which will consist of a Round of 16 on a home and away basis, quarter-finals and semi-finals, with the final in Marseille on 28 May 2022.