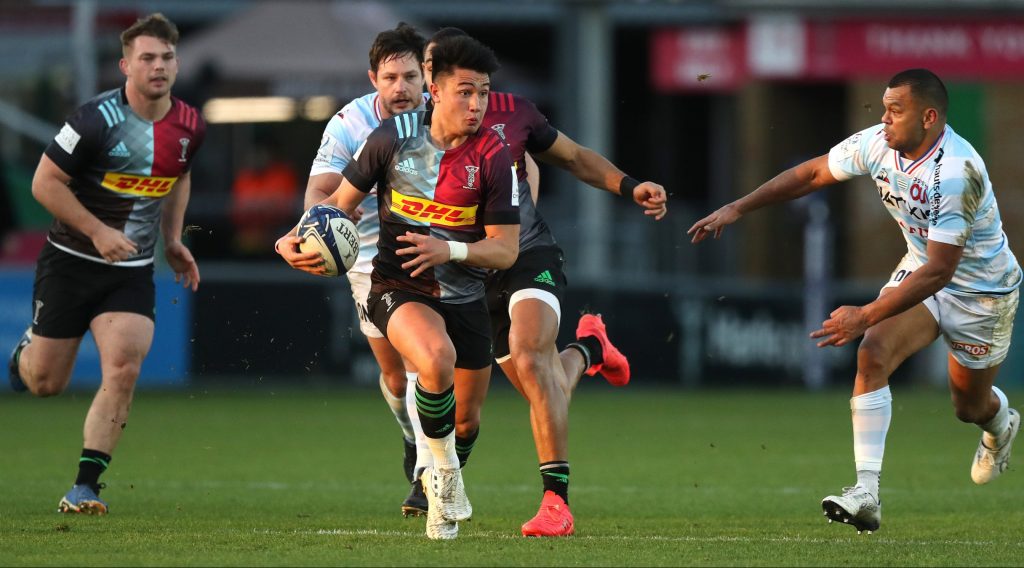 Harlequins lineout coach Jerry Flannery believes that reaching the Heineken Champions Cup knockout stage is “the challenge” for the English champions following the pool draw for next season’s competition on Wednesday.

The Gallagher Premiership winners face Castres Olympique and Cardiff Rugby in Pool B, two sides who have caused Quins problems in Europe in the past.

Castres handed Harlequins their biggest ever Heineken Champions Cup defeat back in the 2004/05 season, when they ran in 58 points, while Cardiff won both pool stage fixtures between the sides in the 2009/10 campaign.

But having lost to two-time European champions Munster Rugby and 2020 finalists Racing 92 in the pool stage last term, Flannery reckons that Harlequins face a slightly less intimidating task to reach the knockout stage this season.

“I think we’re in a better position this year off the back of how we finished last season,” the former Munster and Connacht Rugby hooker stated. “Comparatively, without disrespect to Cardiff or to Castres, it’s not the same.

“Last year we fell very short; we got shown up. We had a pretty competitive performance against Munster, but then obviously COVID came in.

“We got punted at home against Racing, which was really embarrassing, so we know if we have off days or if we’re not at the races, we could get embarrassed.”

Flannery has yet to study Harlequins’ Pool B opponents in detail but recalled some difficult European games Munster endured against Castres while he was part of their coaching staff.

“I haven’t watched a massive amount [of them],” he said. “When I was coaching at Munster, we would have played against Cardiff quite a bit.

“Castres I’m aware of because they were drawn against Munster twice in the Champions Cup in a couple of seasons. They were particularly good the year after they won the French championship.

“They were very much a kicking-focused team and they were very attritional. They beat us. We went over to Castres and it was very difficult to try and get a result there.”

Flannery revealed that Quins will draw on Billy Millard’s inside knowledge of Cardiff, with the club’s general manager having spent a spell in the same role at the United Rugby Championship side.

“They’re going to be tough games for us,” he commented. “I suppose we’re fortunate that Billy  Millard will have some insight into Cardiff from his time there.

“They’ll have obviously moved on a lot, but how they do things around the club will still be, I’d imagine, quite similar.”

Former Ireland international Flannery went on to outline Harlequins’ aspirations of reaching the Heineken Champions Cup knockout stages, with the club having failed to reach the second phase of the competition since the 2012/13 season.

“They’ll be tough games for us, but that’s the challenge,” he continued. “Trying to manage your players through the season and then trying to get through Champions Cup games and getting to knockout rugby is going to be the challenge for us now.

“It’s hard for me to say without sitting with the other coaches to start with. I think progress for us is getting into knockout rugby.”