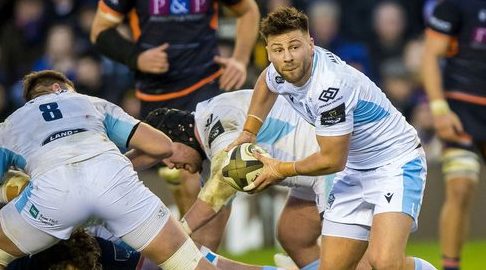 Glasgow Warriors scrum half Ali Price, who starts for the British and Irish Lions on Saturday

Six past Heineken Champions Cup winners have been included in the British and Irish Lions team for the opening Test of the three-match series against South Africa in Cape Town on Saturday.

He is joined by Exeter Chiefs full-back Stuart Hogg and hooker Luke Cowan-Dickie, who won the trophy in 2020, plus Leinster Rugby centre Robbie Henshaw, prop Tadhg Furlong and No.8 Jack Conan, who lifted it in 2018.

Itoje partners Ospreys lock Alun Wyn Jones, who skippers the team as head coach Warren Gatland reunites the pairing who shone for the Lions in New Zealand four years ago.

Lawes is one of two Saints in the starting XV. The other is fly-half Dan Biggar, who has Glasgow Warriors scrum-half Ali Price as his half-back partner.

Bath Rugby wing Anthony Watson and Duhan van der Merwe, who joins Worcester Warriors next season, are also in the back three.