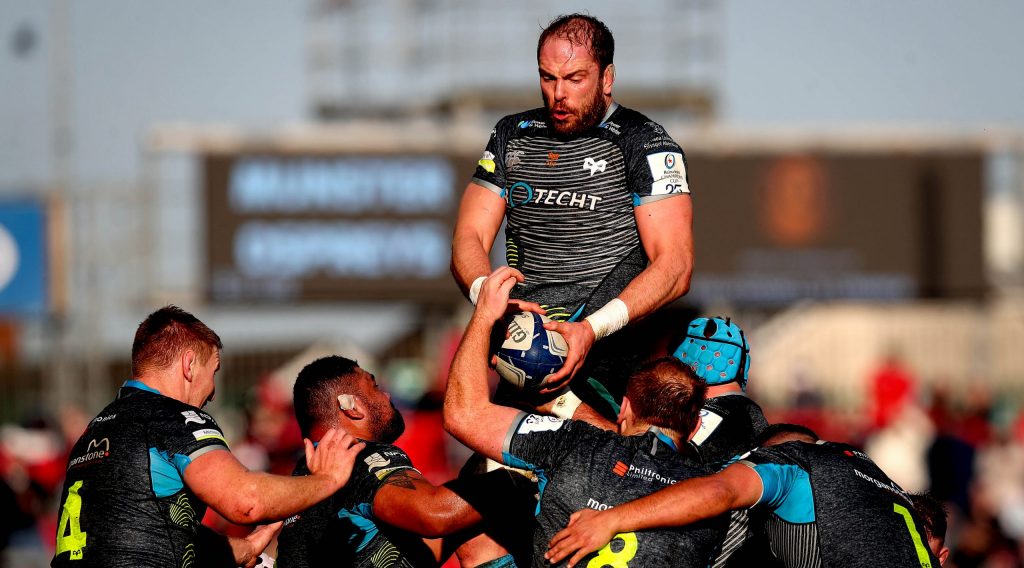 Alun Wyn Jones has made 64 European appearances for Ospreys

Ospreys lock Alun Wyn Jones has been named in the British and Irish Lions matchday squad for their final warm-up game against Stormers on Saturday.

The veteran dislocated his shoulder during the Lions’ match against Japan less than a month ago but has completed a remarkable recovery to earn a place on the bench.

Jones has made 64 European appearances with Ospreys, scoring seven tries, and could add to that tally with the United Rugby Championship side in the Heineken Champions Cup next season.

Head coach Warren Gatland has made a series of changes to the side beaten 17-13 by South Africa A on Wednesday, with Harlequins’ Marcus Smith coming in at fly-half for his Lions debut.

Smith played twice for Harlequins in the Heineken Champions Cup last season and was a late addition to the Lions squad following an injury to Racing 92’s Finn Russell.

The draw takes place next Wednesday at midday and you can watch live on https://t.co/KY8qwlHLYv 📺

Stuart Hogg, a Heineken Champions Cup winner with Exeter Chiefs in 2020, captains the side from full-back, with Cardiff Rugby’s Josh Adams and Edinburgh Rugby’s Duhan van der Merwe completing the back three.

Hogg is joined in the starting XV by clubmates and fellow Heineken Champions Cup winners Luke Cowan-Dickie and Jonny Hill, who will play at hooker and lock respectively.

There are three Leinster Rugby representatives in the team in prop Tadhg Furlong, No.8 Jack Conan and centre Robbie Henshaw.

Ospreys second-row forward Adam Beard starts, along with Munster Rugby flanker Tadhg Beirne and Glasgow Warriors scrum-half Ali Price, who are all set to feature in the Heineken Champions Cup next season.