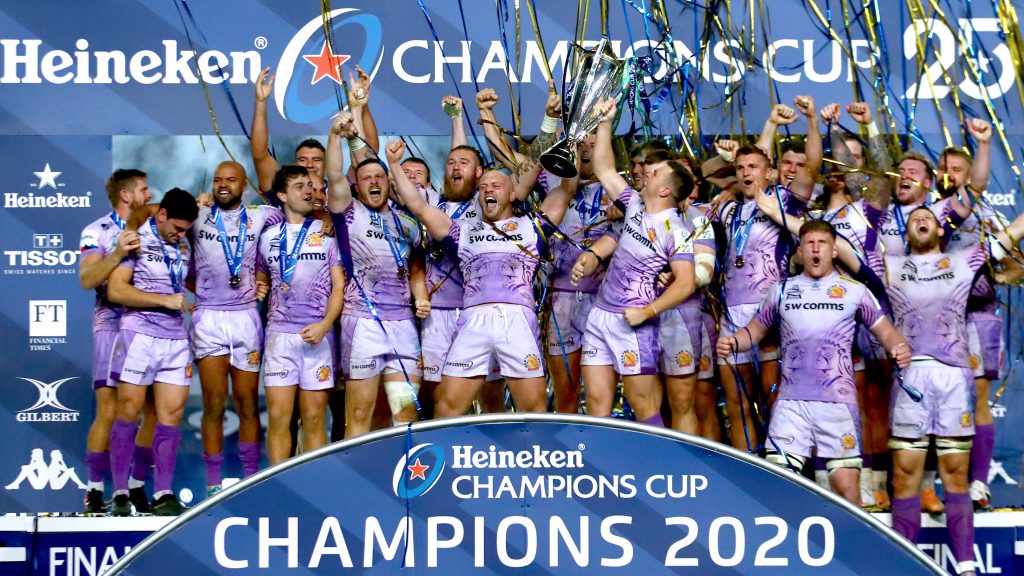 Here, we look back at the five most recent instances of clubs winning European and domestic titles in the same season.

This was the second of Toulon’s three successive European titles. They defeated Leinster Rugby and Munster Rugby, before beating Saracens 23-6 in the Cardiff final.  Their domestic featured a kicking masterclass from Jonny Wilkinson, who scored 12 points as they defeated Castres Olympique 18-10 at the Stade de France.

Saracens’ dominance in England and Europe came to fruition in 2016, when they saw off Northampton Saints and Wasps, before Owen Farrell kicked all 21 points in their 21-9 final win over Racing 92 in Lyon. Farrell then kicked 13 points in the domestic final, where Sarries beat Exeter Chiefs 28-20 at Twickenham.

Leinster got their fourth European star in 2018, dominating knockout matches against Saracens and Scarlets before a nervy 15-12 win over Racing 92 in the final in Bilbao. Their double was sealed by a thrilling 40-32 PRO14 defeat of Scarlets at the Aviva Stadium.

There was another double for Saracens in 2019, when they notched impressive wins over Glasgow Warriors, Munster Rugby and Leinster Rugby, who succumbed 20-10 in the final at St. James’ Park in Newcastle. As in 2016, their domestic final was very dramatic, as they edged out Exeter Chiefs 37-34 at Twickenham.

The Devon-based club finally got their hands on the Heineken Champions Cup and the Gallagher Premiership trophies last year. They denied Racing 92 in the European showpiece, winning 31-27 at Ashton Gate, before proving too strong for Wasps, securing a 19-13 victory at English rugby’s HQ.