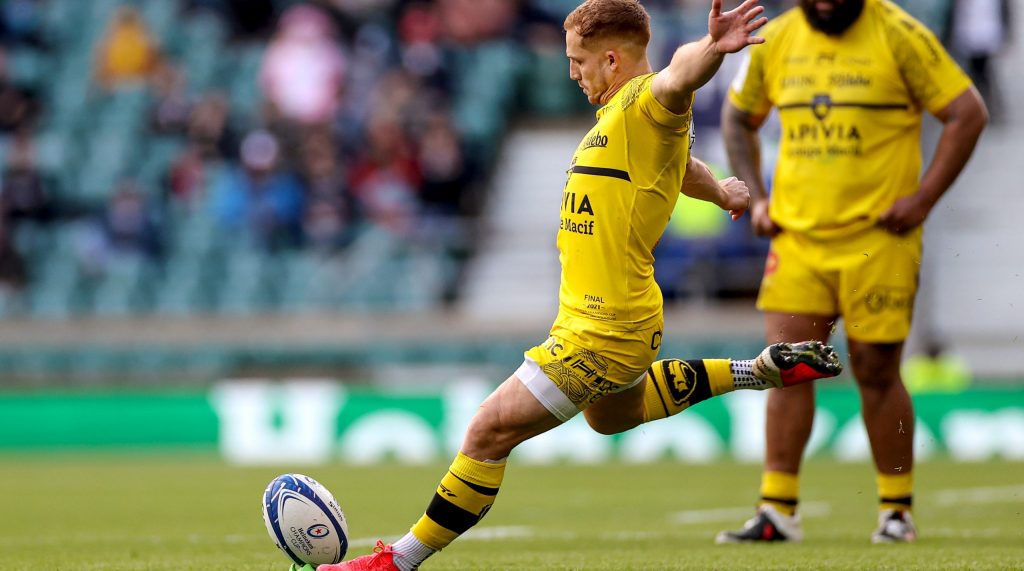 La Rochelle will be hoping for to avoid a second final defeat to Toulouse on Friday evening when the two sides do battle in the TOP 14 decider at the Stade de France in Paris.

The 2019 Challenge Cup finalists were edged out 22-17 by Toulouse in the Heineken Champions Cup final at Twickenham Stadium, where they played almost an hour with 14 men after Levani Botia was shown a red card.

Jono Gibbes and Ronan O’Gara’s side also possibly rued the goalkicking accuracy of Ihaia West, who missed three kicks and a total of potentially eight points in the final. However, the New Zealander was back to his best in the TOP 14 semi-finals, kicking 14 of La Rochelle’s 19 points in their victory over Racing 92.

Toulouse were made to work in their semi-final, a 24-21 win over Bordeaux-Begles in a repeat of their Heineken Champions Cup last four tie, with 19 points from Thomas Ramos proving crucial.

One player who will be playing his final match this weekend is former All Blacks back-row Jerome Kaino, who is bowing out of the professional game after a trophy-laden career, including Rugby World Cup success with New Zealand in 2011 and 2015.

Friday’s final will be Kaino’s 62nd game – if he comes off the replacements bench – in Toulouse colours in three seasons, including 19 Heineken Champions Cup appearances with two tries and a Heineken Star of the Match award.

One notable absentee is Toulouse fly-half Romain Ntamack, who misses out after picking up an injury in last week’s semi-final win, with Ramos featuring at No.10 and Cheslin Kolbe taking the full-back spot.