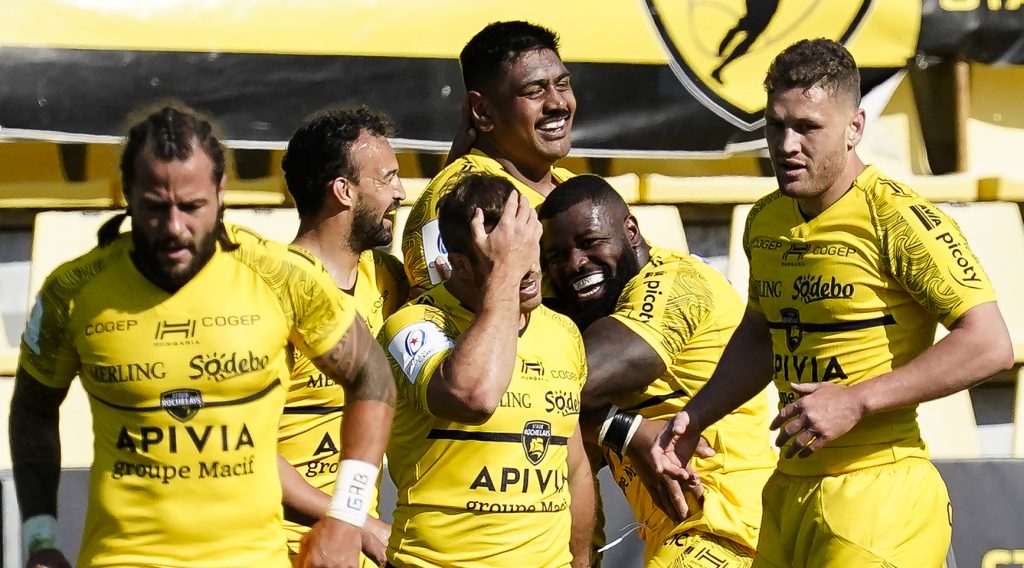 La Rochelle's Will Skelton celebrates after scoring a try

Our season reviews now reach the last four, as it was Toulouse and La Rochelle who saw off Bordeaux-Begles and Leinster Rugby respectively to reach the showpiece Heineken Champions Cup final at Twickenham Stadium.

Toulouse would go in search of a record-breaking fifth European title after they defeated Bordeaux-Begles 21-9 in their Heineken Champions Cup semi-final clash at Stade Ernest-Wallon.

The four-time European champions scored tries either side of half-time courtesy of Matthis Lebel and Antoine Dupont as the visitors struggled to create attacking opportunities throughout.

They did however take the early lead, as Matthieu Jalibert pointed to the posts after an early Toulouse infringement and made no mistake in the greasy conditions.

That lead lasted just three minutes though as Toulouse crossed the whitewash for the first time.

It came through Romain Ntamack who launched a ball wide to Maxime Medard. He flicked the ball across to Lebel and he beat one and then two tackles before diving over in the corner.

As Bordeaux moved back into contention from the boot of Jalibert, Toulouse firmly shut the door on their opponents in the second half and secured a final berth.

They finally got the offload game going through Medard, and one offload later the diminutive scrum-half Dupont managed to grab possession and sprint clear for the match-winning try, converted by Ntamack.

La Rochelle would compete in the Heineken Champions Cup final for the first time after a stunning 32-23 win over four-time European champions Leinster Rugby at Stade Marcel Deflandre.

Second-half tries from Gregory Alldritt and Will Skelton as well as 22 points from La Rochelle fly-half Ihaia West secured success for the French outfit who outplayed the Irish province in the latter stages.

La Rochelle made a slow start and were seven points down just after the ten-minute mark when Tadhg Furlong was able to power over after a string of carries close to the line, with Wiaan Liebenberg heading to the sin bin in the process.

The French side were in no mood to lie down though, and it was West who tucked over a penalty kick and then a drop goal to cut the lead to a point, before Ross Byrne responded with a three-pointer of his own.

Byrne would slot over another on 28 minutes but La Rochelle ended the half on top and it was soon 13-12 to the visitors as West proved clinical from the kicking tee, nailing a pair of penalty kicks.

The two sides continued to trade successful penalty kicks in the opening 20 minutes of the second half, but when James Lowe was shown a yellow card on 58 minutes with the score at 18-16 to the hosts, La Rochelle began to turn the screw.

Tawera Kerr-Barlow first thought he had scored crossed for La Rochelle, but after he was short of the line, the hosts did go over with Alldritt collapsing over the line with help of Skelton.

Skelton would get in on the act on 75 minutes for the match-winning try, with the driving maul proving too strong for the Leinster defence which splintered with surprising ease.