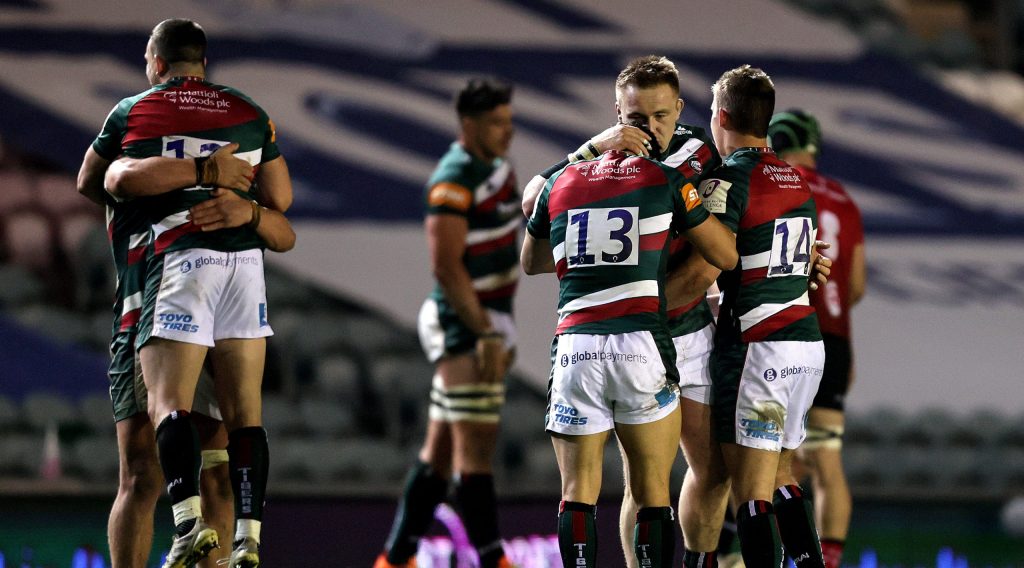 Qualification for next season’s Heineken Champions Cup will be decided on Saturday as several teams battle to earn a top eight spot on the final weekend of fixtures in the Gallagher Premiership.

Challenge Cup runners-up Leicester Tigers sit in sixth spot, but will be hoping to secure that position with a win on the road at Wasps, who crucially sit one point and one place below them in the league table.

Whoever loses that Midlands derby at the Ricoh Arena could come under threat from Bath Rugby, who currently sit in eighth position. They know a bonus point win against Northampton Saints, who can only finish fifth going into the final day, will be enough to secure a seat at Europe’s top table for next season.

London Irish and Newcastle Falcons will be looking to pick up the pieces should any sides above them falter, sitting in ninth and tenth with 46 and 44 points respectively.

However, Irish travel to a Bristol Bears side who will be desperate to claim top spot whilst Newcastle travel to Twickenham Stoop to play Harlequins, who are already in the end-of-season play-offs but have named a strong starting XV.

Best game of the #ChallengeCupRugby QFs?

Elsewhere, Heineken Champions Cup semi-finalists Bordeaux-Begles will host ASM Clermont Auvergne in the first round of the TOP 14 play-offs on Saturday evening.

Bordeaux will no doubt be relying on the outstanding goalkicking of fly-half Matthieu Jalibert, who scored a total of 72 points as the French outfit reached the semi-final stages of Europe’s top club competition for the first time.

Clermont were eliminated by eventual winners Toulouse at the quarter-final stage, losing 21-12 in a match without a try in tricky conditions at Stade Marcel Michelin.

However, they have played two tight domestic matches with Bordeaux already this season, drawing 16-16 on the road and falling to a narrow 37-36 defeat in Clermont.