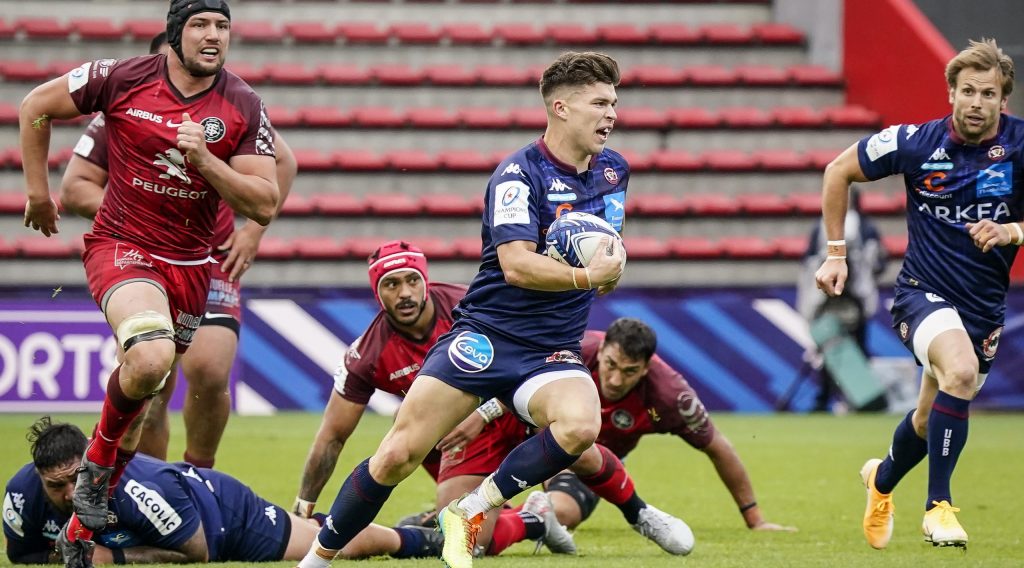 Bordeaux-Begles reached a first Heineken Champions Cup semi-final earlier this season and are again breaking records at the Stade Chaban-Delmas, having secured a spot in the TOP 14 play-offs for the first time.

The French outfit had previously finished seventh in two domestic campaigns, just missing out on a spot in the end-of-season knockout tournament as a result.

However, last weekend’s results have secured Bordeaux’s spot in the play-offs, sitting comfortably in fourth place with potentially a home match on the cards if they can defeat current league leaders and Heineken Champions Cup holders Toulouse on Saturday.

The two sides met in the Heineken Champions Cup semi-finals, with Toulouse coming out on top in a 21-9 victory at the Stade Ernest-Wallon, with tries either side of the break from Matthis Lebel and EPCR European Player of the Year Antoine Dupont doing the damage for the hosts.

Christophe Urios’ side can also consider themselves unlucky to not already have played in the domestic play-offs, as they were sat top of the TOP 14 after 17 matches in the 2019/20 season, that was eventually abandoned due to the TOP 14 pandemic.

The 2020 Challenge Cup semi-finalists will no doubt call upon their France international fly-half Matthieu Jalibert for his trademark pinpoint accuracy from the kicking tee this weekend – the 22-year-old topped the point-scorers list in the Heineken Champions Cup this season with 72 points.