Four at the top for Heineken Champions Cup tries scored 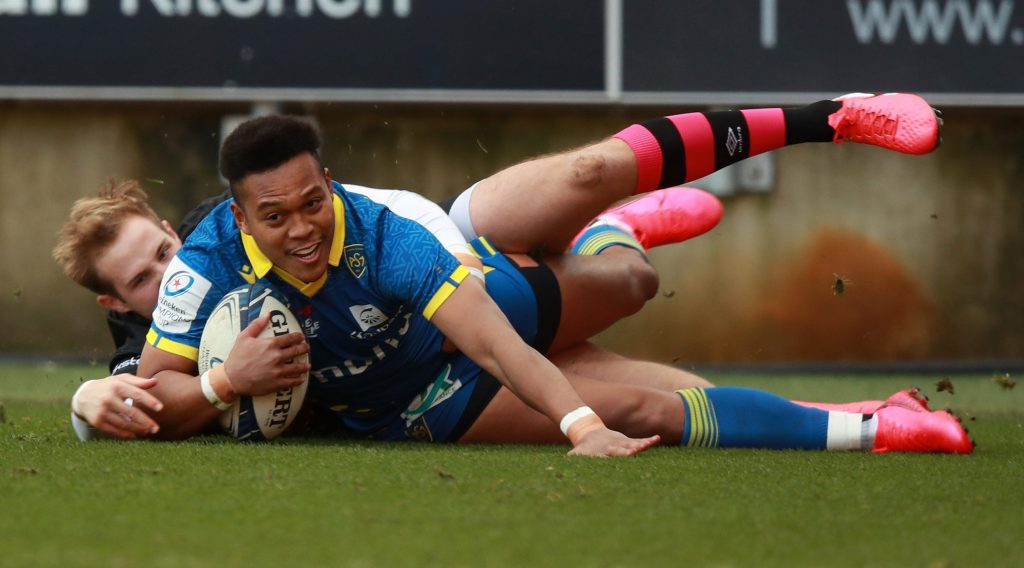 We have a four-way tie for top try-scorer in this season’s Heineken Champions Cup, with players from four TOP 14 sides in ASM Clermont Auvergne, Lyon, Toulouse and Bordeaux-Begles all represented. We look back at that table, as well as plenty of others in our stats breakdown of the 2020/21 campaign.

Tries: Several – Kotaro Matsushima, Xavier Mignot, Santiago Cordero and EPCR European Player of the Year Antoine Dupont all bagged four tries this season, with arguably the most impressive coming from the Japanese star, who scored a crucial late try to send Clermont into the last eight with victory over Wasps.

Points: Matthieu Jalibert (Bordeaux-Begles) – Although he was ran close in the finish by Romain Ntamack (69), the 72 points from Jalibert, including three pivotal points to kick Bordeaux into the semi-finals for the first time, was enough to see him claim leading points scorer.

Carries: Gregory Alldritt (La Rochelle) – The EPCR European Player of the Year nominee was outstanding throughout this season, with a terrific workload that resulted in 76 carries, 10 more than any other player in the competition.

There’s still time to have your say on the Champions Try of the Season! 🤩

Which of these scorchers are you backing for the W? 🔥

Conversions: Joe Simmonds (Exeter Chiefs) – Despite playing just three matches, Joe Simmonds managed to slot over 12 conversions and was top of the pile, having scored heavily in his side’s Round of 16 win over Lyon.

Metres: Antoine Dupont (Toulouse) – The deserving EPCR European Player of the Year, as well as leading in tries, Dupont racked up a total of 356 metres and is surely now right in contention as one of the best No.9’s in the world.

Offloads: Matthieu Jalibert (Bordeaux-Begles) – Jalibert makes our list for the second time, for his offloading ability as he made 12 in the competition. He was the catalyst in the French side’s success as they reached the last four for the first time.

Tackles: Josh van der Flier (Leinster Rugby) – Although Leinster’s drive for five ended at the semi-final stage, Van der Flier was very impressive with his tackling ability, making 65 – nine more than the next best in the competition.