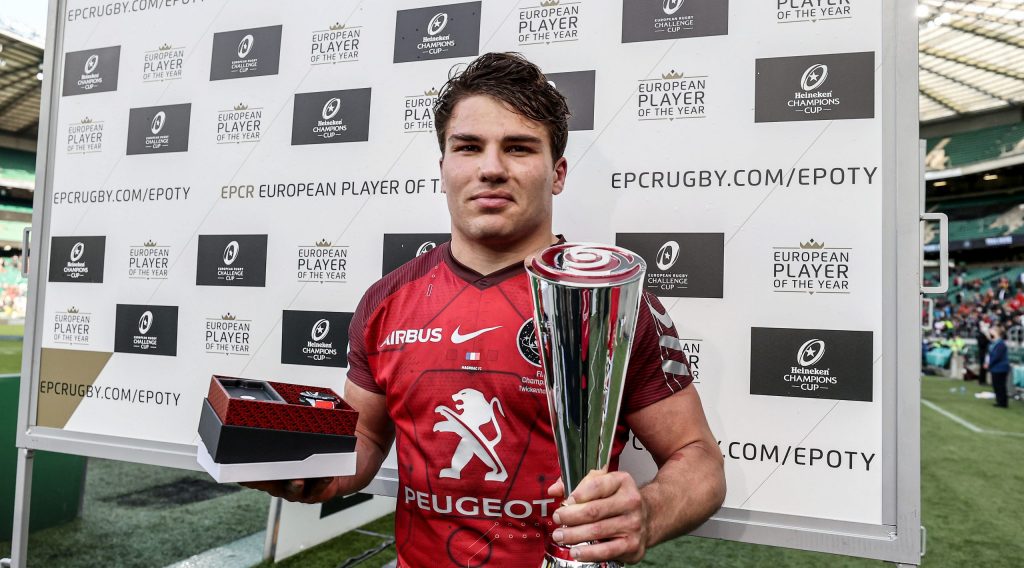 Toulouse scrum-half Antoine Dupont has been named this season’s EPCR European Player of the Year after guiding his side to a record-breaking fifth European star in this afternoon’s Heineken Champions Cup final.

The 24-year-old wins the Anthony Foley Memorial Trophy after a superb European campaign that has included four tries as well as a captain’s performance in Toulouse’s 22-17 win over La Rochelle in the showpiece final.

He becomes the first French player to win the award, and the fifth player to claim the prize when representing a TOP 14 club. Dupont also receives a TISSOT watch as pictured.