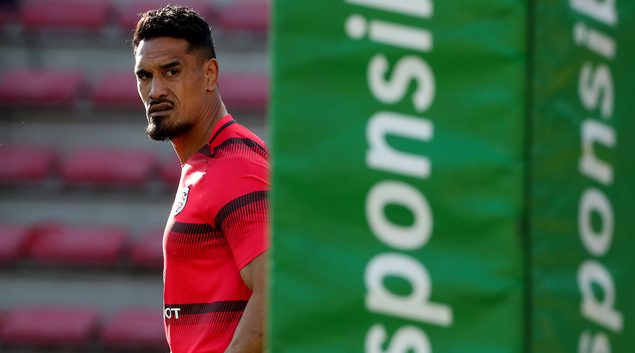 The New Zealander has enjoyed an illustrious career, making a name for himself at Super Rugby side Blues back in his home country, and was a key part of the All Black teams that triumphed at the 2011 and 2015 Rugby World Cups.

The imposing back-row forward moved to Toulouse in 2018, and despite turning 38-years-old in April, Kaino has been hugely influential in the French side’s journey to this season’s Heineken Champions Cup final.

With Kaino set to face off against La Rochelle in the showpiece game at Twickenham on May 22, Habana recalled some of his earliest memories of the now-vastly experienced veteran.

“I got to play against Jerome in the U21 Rugby World Cup in Edinburgh in Scotland in 2004 and its sort of making me feel like why am I not on the pitch still?” Habana said on last week’s The Good, The Bad & The Rugby podcast.

With the form they're in are you backing them to lift the #HeinekenChampionsCup? 🏆

Here's a look at their road to the Final 👉 https://t.co/nGIBay7ob9 pic.twitter.com/pRIqh3QURM

Habana, who lifted both his Heineken Champions Cups at Toulouse’s TOP 14 rivals RC Toulon, was keen to highlight Kaino’s excellence both as a player, and as a person.

“Just from that age he was just phenomenal, and you look at the legacy that he’s created,” Habana continued. “But one of the beauties that I really love about Jerome is his off-field personality.

“He’s probably one of the most humble human beings you’ll know. He’s an incredible family man, always willing to open up his home, to welcome people in.

“The career that he’s had, the legacy that he’s left, is something that few people are ever going to be able to create in their professional athlete career.”

Habana – who is one of five members of the EPOTY Judging Panel – went on to praise Kaino’s attitude and highlighted the respect fellow players have for his unrelenting style.

“Because of his humility off the field, but the manner in which he doesn’t take a step backwards and leaves every bit of himself on that field, is something that his teammates, but also the opposition really respect about him.”