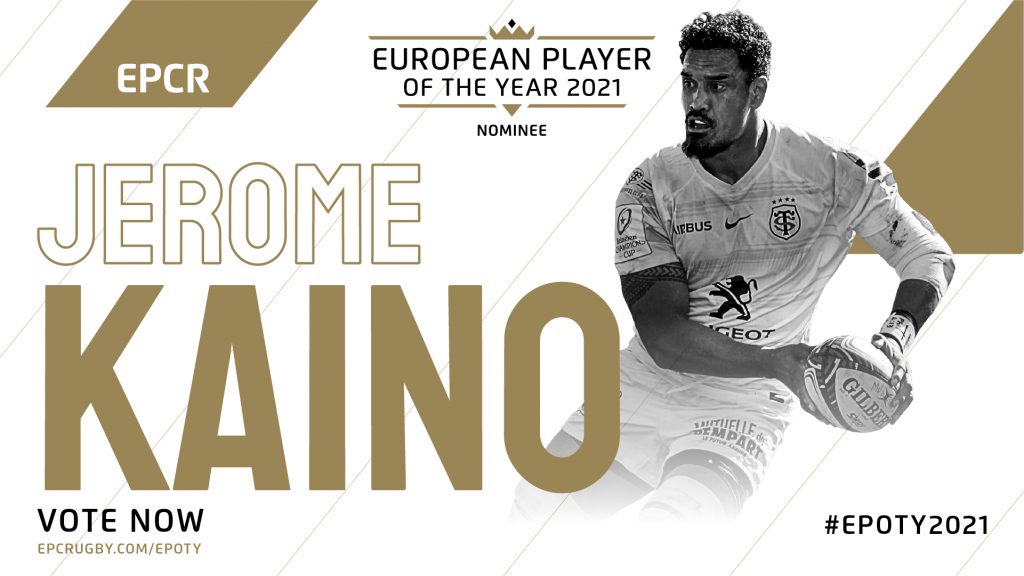 Toulouse back-row Jerome Kaino didn’t feature for the four-time European champions in the pool stages, but has proven his worth in the knockout stage and is a worthy EPCR European Player of the Year nominee.

The former All Black returned to feature against Munster Rugby in the Round of 16, helping Toulouse to a dramatic 40-33 victory at Thomond Park with a power-packed performance and proved just as important in a tight quarter-final clash the following weekend.

Toulouse edged out ASM Clermont Auvergne 21-12, proving that the free-flowing French outfit can come out on top in close matches, something Kaino was keen to point out last month.

And he continued his excellent form in his side’s comfortable semi-final success over Bordeaux-Begles, setting up a clash with fellow French outfit La Rochelle in the showpiece final next weekend.